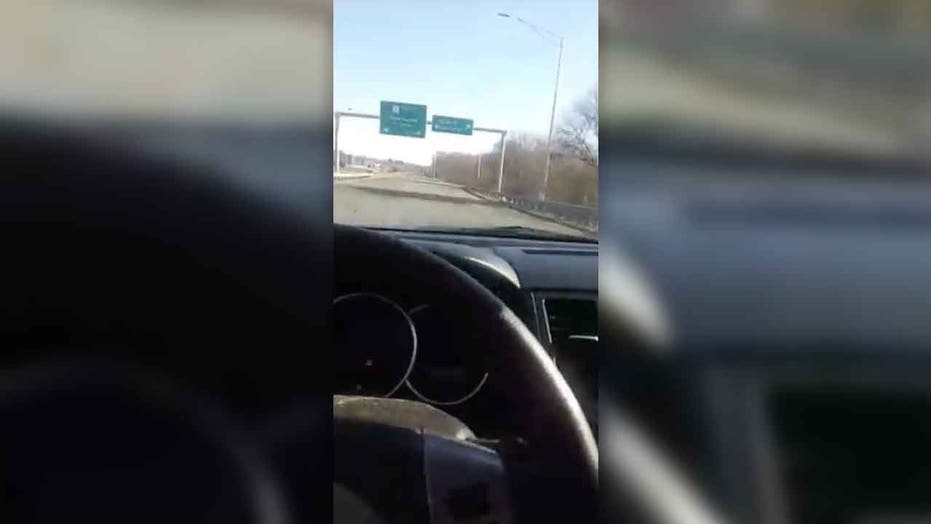 A Connecticut driver livestreamed himself recklessly speeding more than 100 mph and crashing his vehicle on an exit ramp, State Police said.

They posted the daredevil’s video on Facebook, writing, “Sometimes a Trooper’s accident report writes itself.”

“The operator of this vehicle was kind enough to publicly livestream himself traveling over the Gold Star Memorial Bridge while driving at reckless speeds prior to being involved in an accident,” police said Sunday. “Speeding and live streaming is not only dangerous, it is illegal.”

Police said the driver avoided serious injury because he was smart enough to be wearing a seatbelt.

Local newspapers identified the operator of the crashed vehicle as Kenneth Hofler, 23, of Middletown.

According to the reports, Hofler crashed in Groton -- about 50 miles southeast of Hartford -- Saturday morning as he was driving a Nissan Versa.

A trooper clocked Hofler going 102 mph on the bridge just before the crash, the Hartford Courant reported. It added that the trooper gave chase and by the time he caught up, Hofler had crashed, taking down about 40 feet of guardrail, and rolled the car.

The trooper then took Hofler into custody after he climbed out of the wreckage.

He was charged with reckless driving, driving with a suspended license, driving an uninsured car, making an improper turn and possession of more than an ounce of marijuana, the Courant reported.

The case is not listed in court records, and it's unclear if he had an attorney to speak for him.