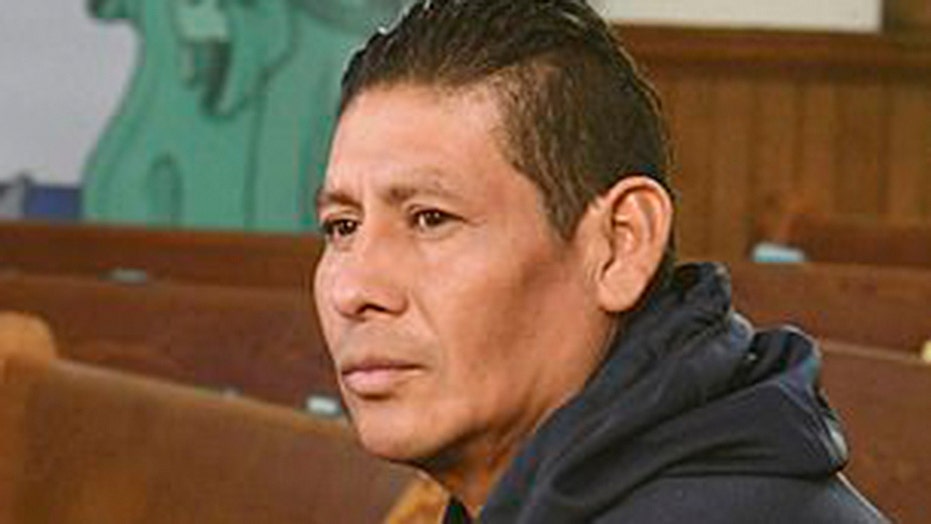 A Colorado father of five who was a staunch supporter for immigrant rights died last week when his motorcycle was hit by a Salvadoran man living in the United States illegally who had made headlines earlier this year for seeking sanctuary in a local church, reports say.

Sean Buchanan, 45, was reportedly driving on Highway 83 in Colorado Springs on August 2 when a truck operated by Miguel Ramirez Valiente went off the side of the road.

When Valiente tried to over-correct into the wrong lane, he allegedly crashed into Buchanan’s motorcycle, killing the father of five almost instantly.

Ramirez was taken to a hospital after the crash. Colorado State Master Trooper Gary Cutler told the Denver Channel that he was not arrested because most of the time they don't arrest on a fatality accident "unless there is a high risk of intoxication." They don’t suspect drugs, alcohol or excessive speed contributed to the crash.

Authorities told the Colorado Springs Gazette that Ramirez was cited with careless driving resulting in death, which is a traffic misdemeanor. He is also accused of driving with a revoked license.

Miguel Ramirez Valiente, who is seeking sanctuary with the help of local churches and organizations, attends a press conference at the All Souls Unitarian Church on Wednesday, Jan. 9, 2019, in Colorado Springs, Colo. He is living at the church. Ramirez Valiente is from El Salvador and came to the U.S. 14 years ago fearing gang violence. His wife and children are U.S. citizens, but Ramirez Valiente is facing deportation. (Jerilee Bennett/The Gazette via AP)

In an ironic twist, Buchanan was a staunch supporter of immigrant rights.

“Sean was an advocate for people who were trying to get into our country. He was a huge advocate,” Amy Savage, a family friend told the Colorado Springs Gazette. “He just was a man who loved and accepted everyone.”

“He was a huge advocate for justice and equality and anyone who is ‘other.' He really just lived out his beliefs and his values.”

In a Facebook post, Buchanan’s wife, Kathy, said that a Celebration of Life Service will be held Friday and that in lieu of flowers, people should donate to Casa de Paz, an organization in Aurora that offers free lodging and meals to guests visiting loved ones at a nearby immigration detention center.

“He was a huge advocate for justice and equality and anyone who is ‘other,’” Savage told the Gazette. “He really just lived out his beliefs and his values.”

She added: “He was a beautiful person. Probably one of the most inclusive people I’ve ever met in my life. His life was marked by love for everybody.”

Ramirez made headlines earlier this year when he sought sanctuary at the All Souls Unitarian Universalist Church in Colorado Springs as a shield against deportation during the federal government shutdown.

the U.S. Attorney for the Southern District of Mississippi holds a press conference.

He lived in the church for several weeks until the shutdown ended because he could not fight a deportation order while federal immigration courts were shuttered.

At the time, he pleaded for a reprieve from the deportation order as he didn’t want to be separated from his family.

The Gazette reported that court records suggest Ramirez had yet to fulfill a previous sentence for drunken driving when the crash happened last week. He had been sentenced to a year of probation in August 2018 after pleading guilty to driving under the influence in late 2017, the newspaper reported.