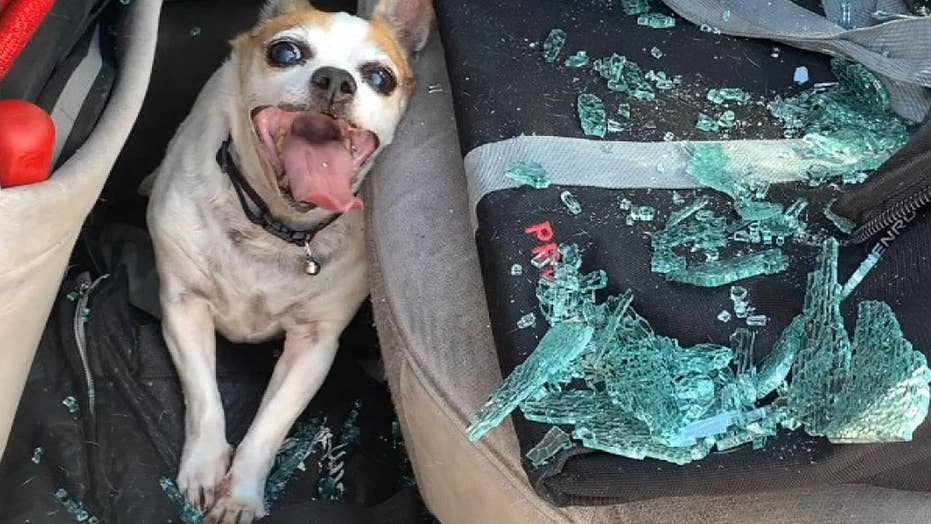 A dog rescued by Colorado police from a sweltering 123-degree car is suffering from neurological issues, authorities said.

Lakeside Police Officer Dave Kornowski was responding to an animal cruelty call at a Walmart parking lot when he found the dog panting in the backseat of a car with the window slightly cracked, FOX31 Denver reported.

Kornowski broke a rear window on the vehicle and recorded video of the dog writhing on the car’s floor with its tongue hanging out.

“The dog couldn’t even bark it was panting so heavy,” the veteran officer told the station. “The mouth was dry, he was lethargic. He couldn’t even control himself.”

Kornowski and Jefferson County Animal Control rushed the dog, named Pedro, to Wheat Ridge Animal Hospital, the station reported. Pedro remained in the intensive care unit and appeared to suffer neurological issues from being left in the car for too long, Kornowski said.

“If you love your animal you wouldn't leave it in the hot car like that."

The dog’s owner eventually came outside and was upset that his window was broken, Kornowski said. The unidentified man claimed his car wasn’t running before driving off. Police arrested him at a gas station on the other side of the parking lot. It was unclear whether the man is facing charges.

“If you love your animal you wouldn't leave it in the hot car like that,” Kornowski said. He added that he gets called two to three times a week about dogs left in hot cars.

A dog in Albuquerque, N.M, was rescued from a hot car earlier this week when a passerby noticed the pet struggling to stick its snout through the cracked window of a parked car.

Gerasimos Klonis took a crowbar and shattered the car window to pull the dog to safety, KOB-TV reported. The owner was charged with animal cruelty in that case.

Albuquerque police told the station it is lawful to break into a car to rescue a child or pet.