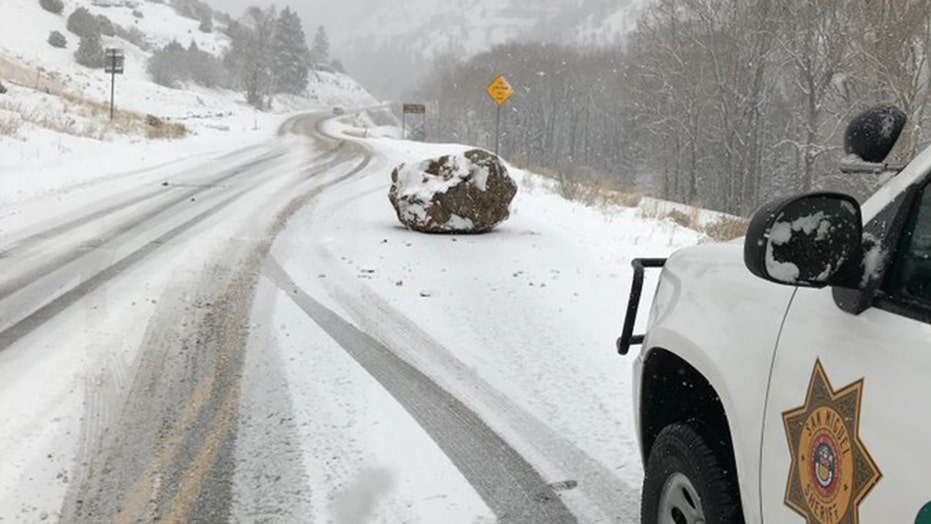 This boulder may have rolled to a stop on a highway in Colorado, but the subsequent messages from police created an avalanche on the internet.

The San Miguel Sheriff’s Office tweeted Monday afternoon that a "large boulder the size of a small boulder" had completely blocked the eastbound lane of Highway 145 at mile marker 78 just outside of Telluride.

"Please use caution and watch for emergency vehicles in the area," police said.

It was the description of the rock that set off a flurry of responses. As of Wednesday morning, it was retweeted more than 38,000 times with 202,000 likes and more than 8,300 replies.

The "large boulder the size of a small boulder" fell on Colorado State Highway 145 outside Telluride on Monday afternoon. (San Miguel Sheriff’s Office)

"I think we should be grateful it wasn’t a large boulder the size of a large boulder," Rob Anderson, a Democratic candidate for the U.S. House of Representatives in Louisiana replied.

Another person replied: "Who would win in a fight? A large-boulder-sized small boulder or 20 small-boulder-sized large boulders?"

The boulder tweet even caught the eye of Chrissy Teigen, who commented: "how i describe anything, confusing everyone around me."

The sheriff's office later clarified the boulder was about 64 cubic feet and weighed about 10,000 pounds.

While the boulder may have caught the internet's attention, the rock did not cause any injuries or vehicle damage.

The sheriff's office said the eastbound lane on the highway was blocked for about 30 minutes until a snowplow was able to move the boulder away.