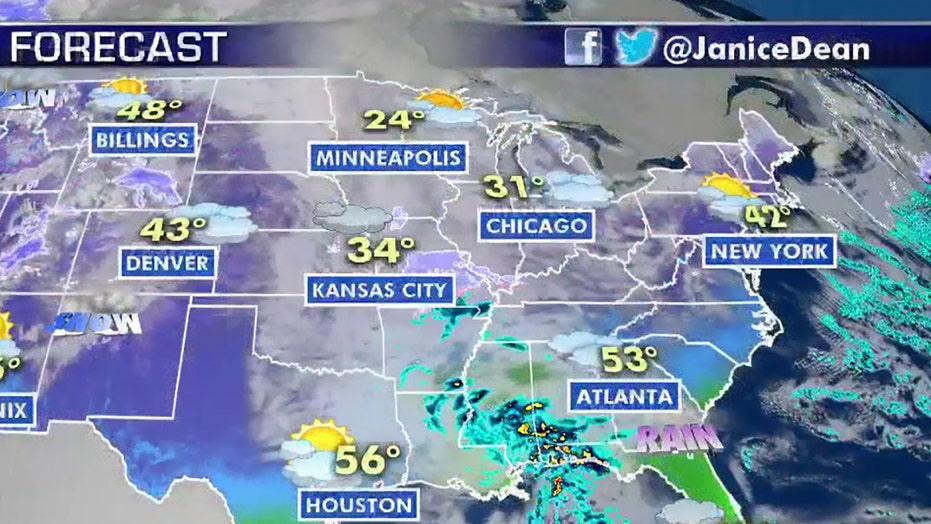 If this winter feels extra gloomy in Minnesota, forecasters said Tuesday, it's not just winter blues: The past month actually has been one of the cloudiest in the state in decades.

The Minnesota Department of Natural Resources said that as of Jan. 27, the month has had the least amount of solar radiation for a January since records began at the University of Minnesota St. Paul Climate Observatory in 1963.

"January 22-28, 2020 has been cloudy for seven consecutive days," MNDNR noted. "The last time there was a stretch of seven straight days of completely cloudy conditions was in October 2018."

The Twin Cities office of the National Weather Service said it has been cloudy 72.4 percent of the time through Jan. 27 in the Minneapolis/St. Paul area.

"It has been VERY cloudy since January 21st," the NWS noted.

The 30-year average for sunshine in January in Minnesota is 53 percent, according to officials.

While the recent stretch of cloudy weather may seem long, the MNDNR notes there have been longer stretches in the past.  The longest record of consecutive days with zero minutes of sunshine in Minnesota was Oct. 30, 1972 and Nov. 13, 1972, when the state went 15 days.

A look at the daily ranking of solar radiation from 1963 to 2020. (MNDNR State Climatology Office)

"The 1972 streak is remarkable that on November 14 there was less than an hour of sunshine, then two more days of zero minutes of sunshine!" the agency notes.

While the clouds may make things gloomy, the overcast skies are bringing warmer temperatures during what is usually the coldest part of the season.

“We've had it pretty easy," FOX9 Chief Meteorologist Ian Leonard said Tuesday. "The trade-off is you don't get the cold, but you get the gloom and the gray…not sure which one I want."

The Twin Cities have gone without sunshine for over a week. (iStock)

Forecasters said after some light snow from Thursday into Friday, the sun may finally make an appearance by the weekend.

The gloomy conditions may also fuel health conditions such as seasonal affective disorder, a type of depression that typically starts in late fall and early winter, and goes away during the spring and summer.

According to the American Academy of Family Physicians, more than 14 million Americans struggle with seasonal affective disorder, or SAD. But what exactly are

According to the National Institute of Mental Health, SAD is more frequent in people who live far north or south of the equator. One of the main treatments for SAD is light therapy, which replaces the diminished sunshine by using daily exposure to bright, artificial light.

As the cloudy days in Minnesota have persisted, many headed to places like the Como Park Conservatory to take in the gardens and cheer them up.

Christine Grisham and Hal Freshley told FOX9 on Tuesday they visit the gardens often to lift their spirits.

“I'm really sensitive to it, and I use a light therapy and I go to sauna and try to get as much sun as I can," Grisham said.