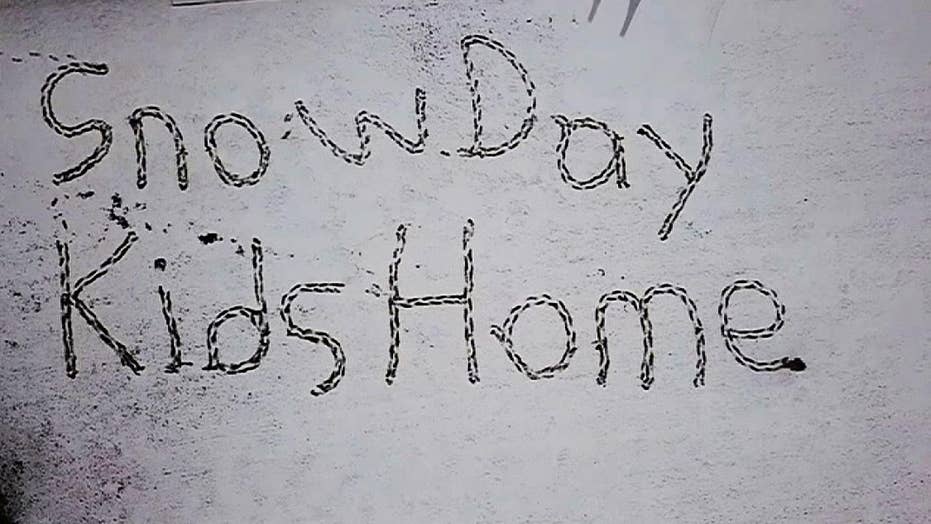 A winter storm that brought several inches of snow to the Midwest last week and caused schools to be closed was too much for one father, who put out a call for help.

The National Weather Service said that some areas of central Missouri got up to seven inches of snow over a two-day period, due to the "complex" system with the highest totals in the Columbia area. Schools across the region were closed due to the snow, which spurred Eric Morfeld to take to Facebook.

"Too many snow days! These kids sure know how to drive Ashlee and me crazy! I've resorted to signalling to passing rescue planes!" he wrote.

Morfeld then shared a photo and time-lapse video taken from a drone of his message to anyone above who could see, which read "Snow Day Again Kids Home SEND HELP!"

Others commenting on the photo agreed with his message, with one person replying "Ditto!!!!! I need help!!!"

It's not the first time that Morfeld has used fresh snow as a canvas to create some frozen artwork.

After the Kansas City Chiefs’ locked in their first Super Bowl appearance in 50 years, Morfeld drew the team's logo on the snow-covered ground outside his house.

Morfeld told Storyful he filmed the drone footage in Linn, in the Jefferson City metro area. The sped-up video, shared on January 12, shows a person walking on the snowy ground to create the outline of the Chiefs’ logo.

The storm system that brought snow to Missouri also impacted Kansas, where a snowplow struck and killed two pedestrians on Friday in what officials called a “tremendous tragedy.”