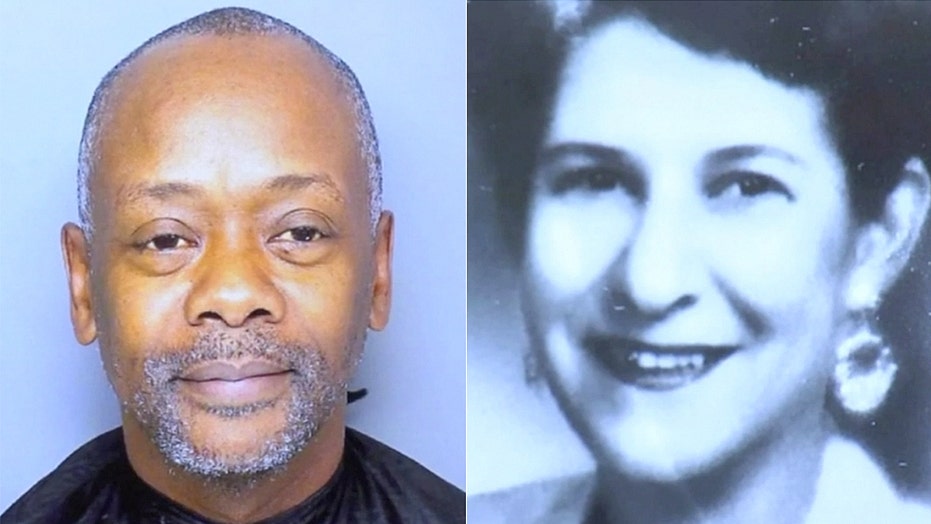 More than three decades after 80-year-old Alice Haynesworth Ryan was found stabbed to death on her kitchen floor, authorities in South Carolina announced Monday a cutting-edge DNA test and dogged work by investigators led to an arrest in her cold case killing.

The Greenville Police Department said Brian Keith Munns, 51, has been charged with murder, burglary, armed robbery and possession of a weapon during a violent crime in connection with the nearly 31-year-old case.

"We know the time in between has been painful for the family, and we are elated to bring some closure for them and justice for Ms. Ryan," Greenville Police Chief Ken Miller said at a news conference.

Ryan had just come home from chemotherapy treatment as part of her battle with lung cancer on Oct. 8, 1988 when her daughter left to run an errand. When she returned less than two hours later, she discovered her mother's car was missing, the front door was open and her mother's dead body was on the kitchen floor.

Brian Keith Munns (left), has been arrested in the 1988 killing of 80-year-old Alice Haynesworth Ryan. Ryan was found stabbed to death at her home in South Carolina. (Greenville Police Department)

Officials said Ryan's stolen 1967 Ford Galaxie was found between her home and Munns, who lived 2 miles away, in addition to the items used to attack Ryan and stolen from her home.

The DNA that led authorities to Munn was discovered in the car and was finally able to be tested 30 years after her death -- though police did not reveal additional details about the evidence.

In April 2017, Greenville police gave the murder case file to its expanded cold case unit. The DNA test came back with a match to Munns in November 2017 and detectives started a number of interviews including with Munns, according to Miller.

Munns, who is a registered sex offender in South Carolina after a 2001 rape conviction, was arrested in February on lesser charges in Georgia. Miller said he intentionally kept the arrest secret so detectives could do more interviews and get the best case they could. Investigators then conducted dozens of additional interviews, which led to the murder charge.

"An acquaintance of the suspect revealed detailed information the suspect described about the murder of Alice Ryan to include method of entry, injuries inflicted, area of the encounter, location of evidence and the timeline of events," Miller said.

Wilkins said the state will be prosecuting based on the language of the law in 1988 but will not be seeking the death penalty, FOX Carolina reported.

The chief did not say what may have led Munns to Ryan's home that day or if he knew her or her family.

Family members who attended the news conference on Monday praised the work of police for finally solving the case, according to the Greenville News.

Joe Ryan, left, of Greenville stands with his wife near a photo of his late mother Alice Haynesworth Ryan, during a city police announcement of an arrest in the 1988 cold case homicide. (Ken Ruinard/The Independent-Mail via AP)

"This is all about perseverance and steadfastness," Joe Ryan, the son of Alice Ryan, told reporters. "The people who have been working this thing have been unbelievable. They have gone all out and all out for a long period of time, and they don't give up."

The cold case squad in Greenville has made arrests in three old cases in the past year. The first two were cracked with DNA results from family genealogy sites.