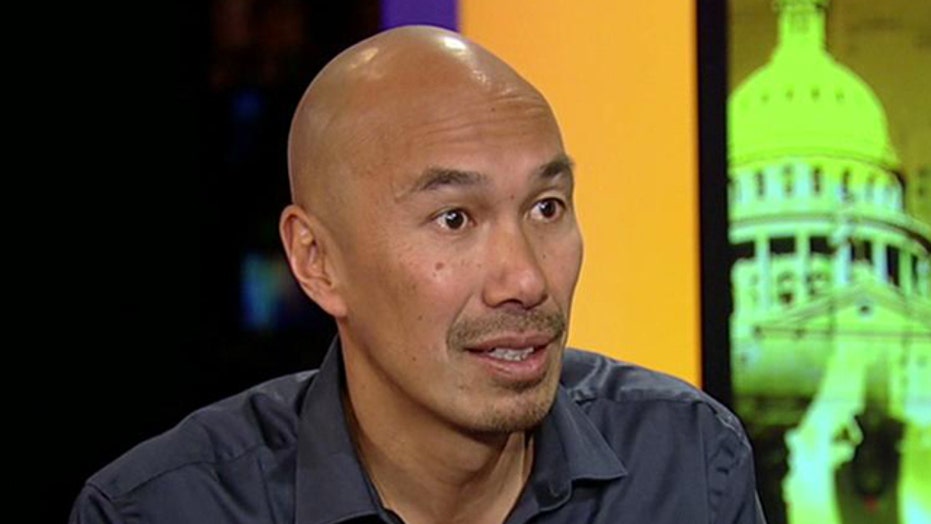 Well-known Christian pastor Francis Chan is raising questions after comments he made about the history of Holy Communion.

The pastor, preaching on the "Body of Christ and Communion," pointed out that the way Catholics view communion, a sacrament evoking Jesus at the Last Supper and part of Mass, hasn't received the same attention and devotion in Protestant churches.

Instead, it has been reduced to "just a symbol," Chan complained. Traditionally, Catholics view it as Jesus' literal body and blood, whereas Protestants view it as a symbol.

“I didn’t know that for the first 1,500 years of church history, everyone saw it as the literal body and blood of Christ,” Chan, author of "Crazy Love," remarked in a sermon posted online this week by nonprofit SermonIndex.net. “And it wasn’t until 500 years ago that someone popularized a thought that it’s just a symbol and nothing more. I didn’t know that. I thought, ‘Wow, that’s something to consider.’”

Francis Chan speaks in Myanmar this summer on a vision trip with others from his Crazy Love Ministries team. (Courtesy of Kevin Kim)

Chan wants the body of Christ -- not the pastor, pulpit or the sermon -- at the center of the church once again in the United States. He said this would unite churches once again, instead of having tens of thousands of denominations.

"What if this was at the center of every Christian gathering in America?" Chan concluded. "I think we'd start seeing the divisions slowly disappear and people start coming together again."

Many on social media said it appears Chan is on his way to converting to Catholicism, but others point out that many Christians believe the same thing even though they don't call themselves Catholic.

Joseph Prince, a Singapore-based megachurch pastor, told Fox News he believes "the Lord gave me a mission to teach on the health-giving, life-imparting, healing power of the Communion," discussing his latest book, "Eat Your Way to Life and Health: Unlocking the power of the Holy Communion." He also said he takes communion daily, sometimes multiple times.

While Christians have disagreed on whether or not it is a symbol of Jesus’ body or the transformation of the bread into his actual flesh, they do agree it’s the cornerstone of the faith, and essential to being a believer and follower of Christ.

Though Chan opened his sermon saying he is "not making any grand statements," he typically does not shy away from radical statements or drastic moves in the name of his faith.

In 2010, he famously stepped down from his previous megachurch in Southern California, which he started out of his house. He and his family traveled to India, Thailand and China before settling in San Francisco, where they started "We Are Church," a house church movement that has grown to 25 pastors.