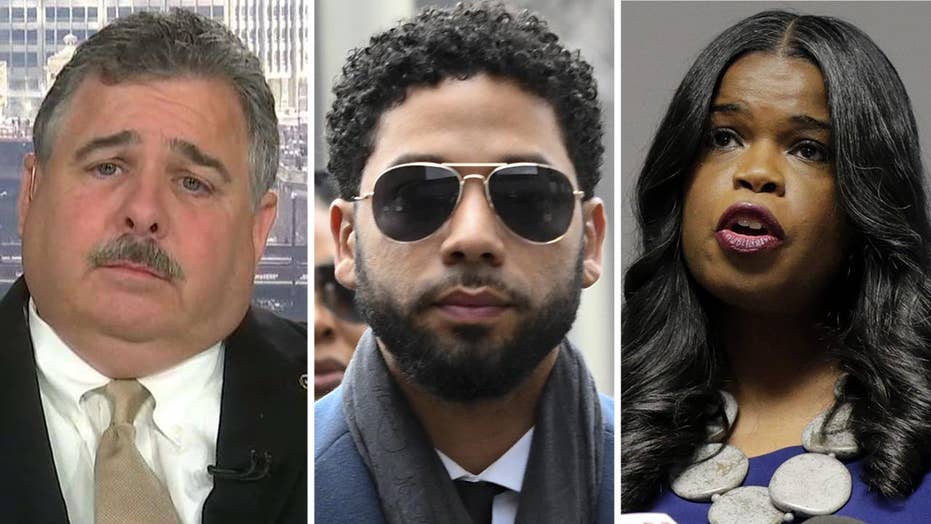 As Chicago prepares for dueling rallies over the fallout from Cook County State’s Attorney Kim Foxx's office to drop charges against “Empire” actor Jussie Smollett, the head of the city's police union is demanding justice in the case.

Kevin Graham, president of the Chicago Fraternal Order of Police, told "America's Newsroom" that authorities believed their case against Smollett was "solid" and thought they would have gotten a conviction.

"This case should have stood trial," Graham said.

Foxx has faced criticism since prosecutors dismissed all 16 felony counts against Smollett, who is black and gay. The "Empire" actor was accused of faking a racist, anti-gay attack on himself in January. Authorities said that in return for the charges being dropped, Smollett agreed to forfeit the $10,000 he put up to get out of jail and completed community service.

Graham said his union is planning a protest outside Foxx's office Monday, not over the dismissal of the Smollett charges, but from what he called a history of the office: "not prosecuting cases or not prosecuting them fully, having low bonds on people."

"We are turning people back out onto the streets, and that's pretty hard when you're using the court system as a penalty box like a hockey game," he told "America's Newsroom."

As members from the union protest outside of Foxx's office, a counter-demonstration in support of the embattled prosecutor is expected to be held by the Rev. Jesse Jackson and other clergies. Jackson's Rainbow/PUSH Coalition said the civil rights leader will join fellow clergy, elected officials, attorneys and community activists for the rally supporting Foxx.

Jackson said in a statement that the criticism of Foxx is "unreasonable, unjustified and politically motivated."

Graham, who called the counter-protest "bewildering" because "we're all looking for justice," said that outrage and dueling protests could have been avoided if Foxx's office had simply gone through with prosecuting the case.

"I think many of these people who are having this counter protest, that's what they've been looking for in Chicago -- justice," he said. "And they should be standing behind the police and the F.O.P."

The police union head said the Illinois law system is "very complicated," and that the decision to charge Smollett with a Class 4 felony for filing a false police report that cost the city $130,000 shows a need for "improvements in the law." He also remained hopeful that federal officials look at the case, with particular regard to the envelope that was set with the accusation that Smollett was going to be harmed. 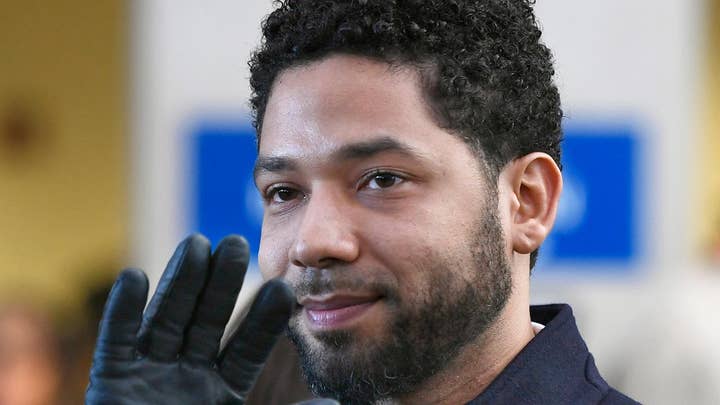 "We feel that is a good case for the FBI to look at, that the U.S. attorney could prosecute if they find the facts and circumstances to be what the Chicago PD found," he told "America's Newsroom."

After an intense public backlash, Cook County State’s Attorney Kim Foxx said Friday night that she is open to an outside investigation into her office’s dramatic decision to dismiss all charges against Smollett.

In an op-ed for The Chicago Tribune, Foxx admitted that a third-party review into the high-profile case would help maintain transparency.

While Graham said he was going to wait on a board of directors meeting Tuesday before saying if he believes Foxx should resign, the police union head said he's gotten calls and emails from "around the country" from those who felt justice was not done. He also said that additional law enforcement agencies are meeting to discuss action's by Foxx's office and failure to "prosecute some of the crimes that are going on in Cook County."

"I do think she's going to have a problem if this isn't addressed," he told "America's Newsroom."

Fox News' Barnini Chakraborty in Chicago and  The Associated Press contributed to this report.