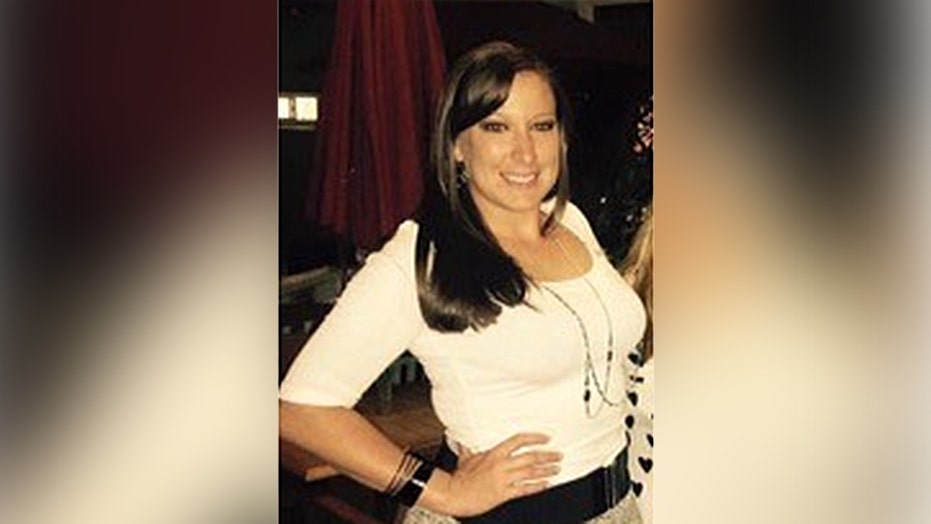 The woman fatally shot inside the U.S. Capitol Wednesday has been identified as Ashli Babbitt, a friend confirms to Fox News. Babbitt was a 14-year veteran who served four tours with the Air Force and resided in San Diego, according to media reports.

Babbitt was a strong supporter of President Trump, her husband told WTTG-TV. Messages to him from Fox News were not returned.

"I really don’t know why she decided to do this," Babbitt's mother-in-law told the local Fox affiliate in D.C.

Babbitt's husband was not in D.C with her. The couple owned a business together, according to reports.

Authorities were in riot gear protecting the Capitol as the media and lawmakers returned to resume a joint session of Congress halted hours earlier when a mob breached security and stormed the building, resulting in the fatal shooting.

Ashli Babbitt has been identified as the woman shot dead inside the U.S. Capitol on Wednesday. (WTTG-TV/ Facebook)

Early reports said a woman was shot in the chest and transported from the building just before 3 p.m., the Washington, D.C., Metropolitan Police Department told Fox News. It was not clear who fired the shot or what led to the shooting.

A police spokeswoman did not disclose the woman's identity.

Agents with the FBI, Department of Homeland Security, the Secret Service and the Capitol Police were stationed throughout the Capitol to prevent any more disruptions that marred Wednesday's planned review of electoral votes.

Vice President Mike Pence returned to the Senate and to oversee the session. A spokesman said he never left the Capitol and was in regular contact with authorities amid efforts to secure the building.

The violence erupted as lawmakers were in the process of certifying the Electoral College votes won by President-elect Joe Biden. They were told to put on gas masks and barricade inside as law enforcement officers tried to restore order amid the chaos.

Protesters reportedly smashed glass doors and authorities drew their weapons to protect the building. The certification was stopped after Congress recessed as the chaos escalated outside and inside the Capitol building.

Pence, who broke with Trump and refused to reject the electoral votes and send them back to the states, was ushered out of the chamber.

House Minority Leader Kevin McCarthy, R-Calif., told Fox News that he heard from police that shots were fired in the building.

"This is not the direction we should go," McCarthy said, while urging Trump to make a statement.

Around the Capitol, three suspicious devices with pipe components and wires were found, Fox News learned. It was unclear if the items were explosives. 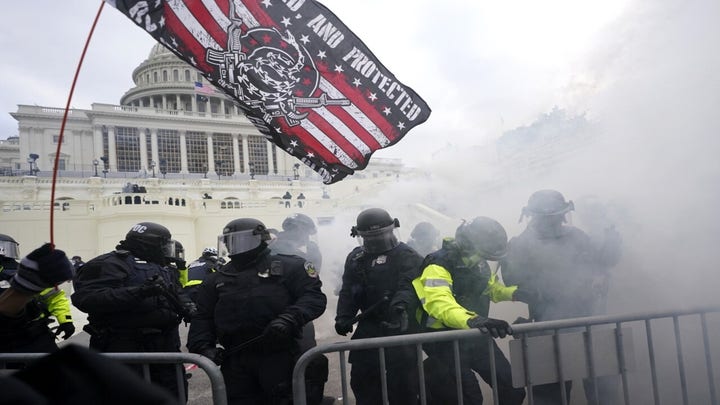 In a tweet, Trump urged his supporters to "remain peaceful!" as they stormed the Capitol and attacked police officers.

"I am asking for everyone at the U.S. Capitol to remain peaceful," he wrote. "No violence! Remember, WE are the Party of Law & Order – respect the Law and our great men and women in Blue. Thank you!"

In a subsequent video, he told them to go home while still pushing debunked claims of widespread election fraud. Twitter later removed three of his tweets, including the video, and locked his account for 12 hours.

In a separate address, Biden called Wednesday's unrest "an assault on our Republic, an assault on the rule of the law...of the most sacred of American undertakings -- the doing of the people's business,"

"This is not dissent, it's disorder, it's chaos, it borders on sedition and it must end now," he added.

In response to the violence, the Pentagon said the National Guard was mobilized to assist federal law enforcement officers.

"The D.C. Guard has been mobilized to provide support to federal law enforcement in the District," said Jonathan Hoffman, chief Pentagon spokesman. "The law enforcement response will be led by the Department of Justice."

The Virginia National Guard and FBI also will deploy to Washington. Details on the number of personnel and operations were unavailable. Meanwhile, the Bureau of Alcohol, Tobacco, Firearms and Explosives told Fox News that agents also went to the Capitol to secure the building.

Police with guns drawn watch as protesters try to break into the House Chamber at the U.S. Capitol on Wednesday in Washington. (AP Photo/J. Scott Applewhite)

The Cannon House Office Building and Madison Library of Congress Building were briefly evacuated after several suspicious packages were reportedly found in the area, a congressional source told Fox News.

U.S. Capitol Police were asking personnel to relocate from Cannon and to "shelter in place" at the Rayburn and Longworth House Office Buildings.

A journalist with Fox 5 DC who was inside the Cannon office building at the time said an officer stood in the center of the rotunda and shouted for people to "clear the building."

The U.S. Capitol complex was locked down. An announcement played that said anyone there should "move away from windows and doors" and that "no one can leave or enter." People were still permitted to move inside the building.

People shelter in the House gallery as protesters try to break into the House Chamber at the U.S. Capitol on Wednesday. (AP Photo/Andrew Harnik)

An explosive device also was found at the Republican National Committee in Washington, which was destroyed by the FBI, the New York Times reported. The nearby Democratic National Committee headquarters was evacuated after a suspicious package was found, according to the newspaper.

During the chaos, fencing set up to hold crowds back was breached by protesters. U.S. Capitol Police tried to push people back. The Capitol plaza closed, even to members attempting to go into the chamber for the joint session of Congress.

Videos shared online showed a crowd, some of whom carried pro-Trump, Confederate and American flags, clash with federal law enforcement officers wearing helmets and shields. Other images showed a mob engaging in violent behavior in the Capitol where lawmakers, aides and journalists ran for cover.

Washington Mayor Muriel Bowser issued a citywide curfew amid the continuing violence that will run from 6 p.m. until 6 a.m. Thursday.

Former White House Communications Director Alyssa Farrah, who resigned in December, urged Trump to condemn the violence from his supporters.

"Condemn this now, @realDonaldTrump - you are the only one they will listen to. For our country!" she tweeted.

The backlash from lawmakers was immediate. Rep. Ilhan Omar, D-Minn., tweeted she was drawing up articles of impeachment while Rep. Ted Lieu, D-Calif., urged Pence to use the 25th Amendment to remove Trump from office.

Sen. Chuck Grassley, R-Iowa, called for the protesters engaged in violence to be prosecuted.

"This is a sad day for America. As a nation, we must be better than this."