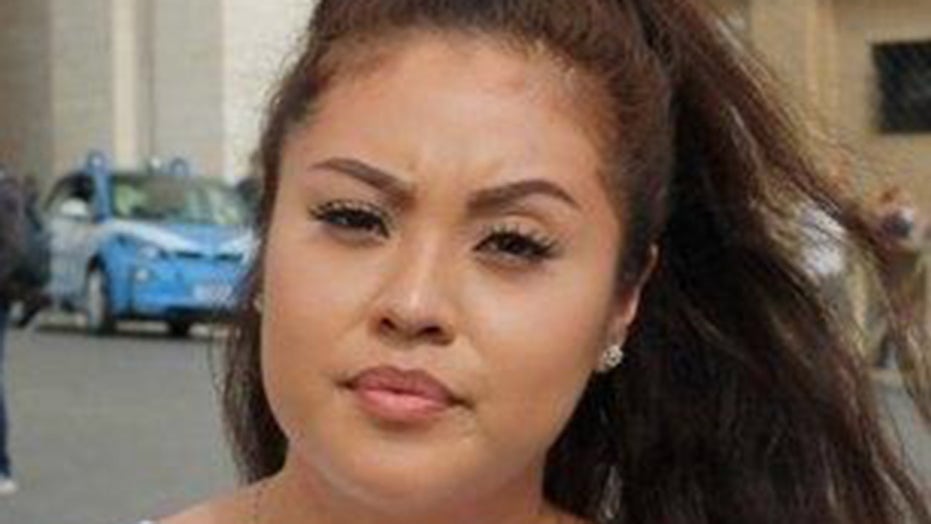 A California man was arrested for allegedly killing a pregnant woman as she headed to work last week in a horrifying tragedy police have described as "a random act of violence."

Garrett Scheff, 43, allegedly stabbed Mariana Jurado, 26, multiple times outside of her home in Salinas, in Monterey County, around 9:30 a.m. on Nov. 19, authorities said.

Jurado's baby did not survive the attack.

Jurado was taken to a nearby hospital, but was pronounced dead a short time later, the Salinas Police Department wrote on Facebook last week. Scheff was taken into custody roughly a block away from where Jurado was attacked.

Mariana Jurado, 26, died Nov. 19 after being randomly attacked outside of her home in Salinas, Calif., officials said. (Legacy.com)

“This is a senseless, violent crime," Salinas Police Commander John Murray said. "Mariana did not know him at all."

"Her screams were, honestly, something unexplainable," she said.

While she was being transported for help, Jurado gave investigators a description of Scheff before she died. “She was telling us what happened," Murray said, calling her "very brave."

Garrett Scheff, 43, was charged with first-degree murder in Mariana Jurado's death. Police said he was captured and arrested about a block away from her home in Salina, Calif. on Nov. 19.  (David Rodriguez/The Californian via AP)

Jurado's obituary describes the 26-year-old as an animal lover who "enjoyed life to the fullest." She was "strong with courage, against injustice and a great love for life."

Scheff was charged with first-degree murder in Jurado's death. Court records show the suspect's criminal history dates back to the mid-1990s, and involves residential burglary, possession of a controlled substance, theft and other charges, according to The Californian.

In 2015, he was declared mentally unfit to stand trial in a previous criminal case, the news outlet reported.

Murray said additional charges could be filed against Scheff because Jurado was pregnant. As of Monday, he was being held on $1,015,000 bail.