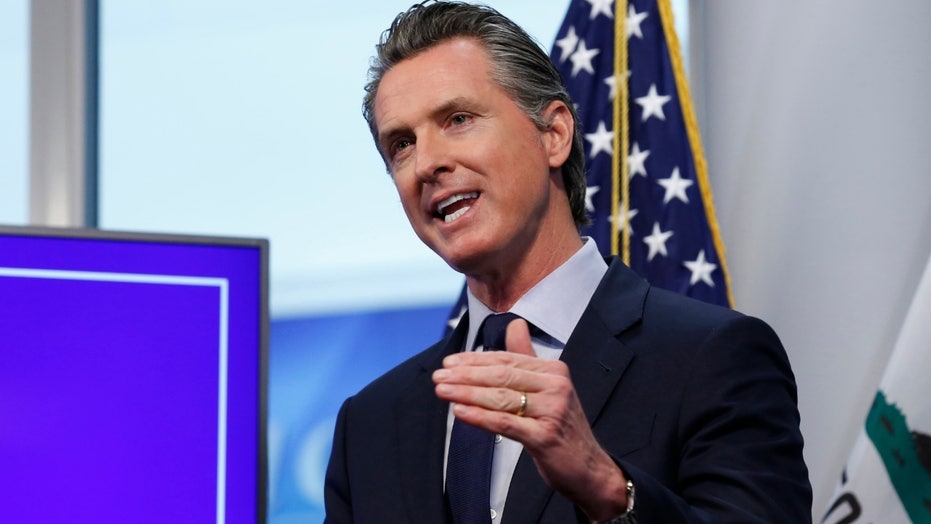 Reaction and analysis from RNC committeewoman for California Harmeet Dhillon.

California Gov. Gavin Newsom on Thursday ordered Orange County beaches to close until further notice, saying it was necessary to protect public health, while allowing other beaches in California to remain open with some restrictions.

Thursday’s announcement comes days after tens of thousands of people in Orange County packed beaches during a sunny weekend.

A Wednesday memo to the state's police chiefs indicated Newsom planned to close all beaches in the state. But on Thursday, Newsom said the order applied only to beaches in Orange County.

People sit on the beach in Huntington Beach, Calif.  (AP)

Newsom's order is likely to ignite pushback from community leaders who argue they can safely provide some relief to residents.

"It's time to move on," Huntington Beach resident Jim Puro, 59, said Thursday. "We need to start opening up and I can't think of a better way than to be out in the sun."

The beaches are expansive, he argued. "There is more than enough space for people to socially distance themselves," he said.

Newport Beach Police Chief Jon Lewis and Fire Chief Jeff Boyles said in a statement Thursday that they were out patrolling last weekend and most city residents and visitors were keeping their distance.

"What we observed from land and by air was the vast majority of beachgoers practicing social distancing," the statement said.

Lifeguards said most people appeared to be heeding social distance safety rules. But the crowds irked Newsom, who has said California's 40 million residents should try to stay home as much as possible.

California is approaching 50,000 confirmed coronavirus cases and nearly 2,000 deaths, according to data compiled by Johns Hopkins University, although the number of infections is thought to be far higher because many people have not been tested. However, hospitalizations have been virtually flat for several weeks.