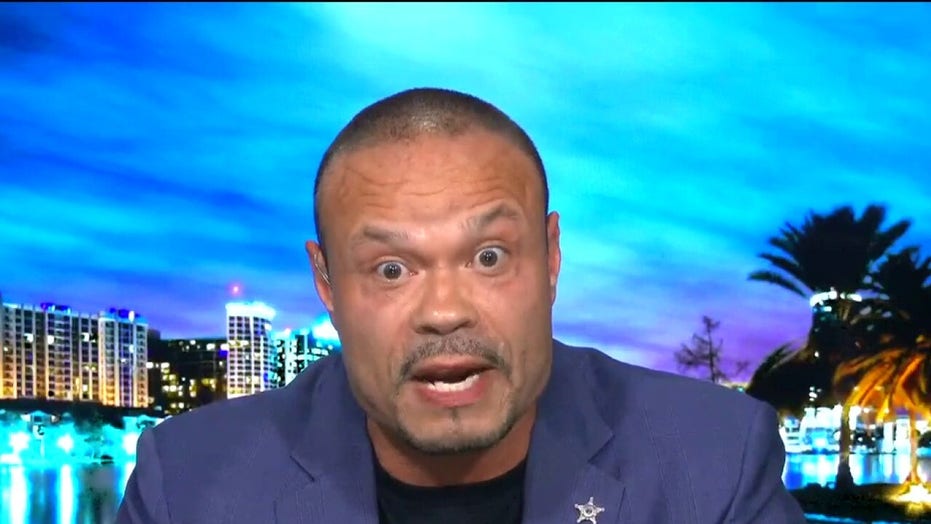 Bongino sounds off on COVID prisoner release:'Threads of republic being pulled at'

More than 70 percent of the inmates incarcerated at federal prisons who’ve been tested for the coronavirus received a positive result, according to a report published Wednesday.

The federal Bureau of Prisons’ latest figures show that out of the 2,700 tests performed systemwide, nearly 2,000 have come back positive, strongly suggesting there are more COVID-19 cases left uncovered, according to The Associated Press.

Advocates have called for more widespread testing at facilities, airing the possibility that far more inmates may be infected. As of Wednesday, at least 31 federal inmates have died from the coronavirus since late March. About 600 have recovered.

The Terminal Island Federal Correctional Institution has 443 inmates infected with the coronavirus, the most of any federal lockup and more than all the California state prisons combined, in San Pedro on Wednesday, April 29, 2020.  (Long Beach Press-Telegram via Getty Images)

Meanwhile, a low-security prison outside Los Angeles has quickly witnessed the worst outbreak at a federal correctional facility in the country after nearly half of its inmates tested positive for COVID-19, the Los Angeles Times reported.

As of Tuesday, at least 443 of the federal prison at Terminal Island in San Pedro’s 1,055 prisoners had tested positive for the virus, along with 10 staff members. In an effort to ramp up social distancing measures, dozens of inmates have been moved into tents, and a military-style medical facility is reportedly being erected in the prison yard to accommodate the increased surge in cases.

“This is not acceptable. It is clear they are not making sure these inmates are protected,” U.S. Rep. Nanette Barragán, a Democrat representing the area, tweeted Tuesday. “The government has a responsibility to protect people in its care, including inmates. Being incarcerated at #TerminalIsland should not be a death sentence. We need answers.”

Michael Fleming, 59, tested positive for COVID-19 on April 8 at FCI Terminal Island. The bureau confirmed his family was never notified when his condition worsened and was transferred to a hospital, where he was put on a ventilator. His son, also named Michael, said he never got the chance to say goodbye to his father before his death on April 19.

“They just left us all in the dark," the younger Fleming told the AP. "We had to find out from the news what the actual cause of death was. It was kind of screwed up. Not having the opportunity to say goodbye -- that would’ve been invaluable. We will never have that chance.”

He was serving a 20-year sentence for drug conspiracy charges. Fleming was the second inmate to die at FCI Terminal Island. Bradley James Ghilarducci, 73, who was serving an eight-year sentence for receiving and distributing child sexual abuse imagery, died earlier this month after testing positive for COVID-19.

Under normal circumstances, the Bureau of Prisons policy requires staff to “promptly” notify the family of inmates who have serious illnesses, but the agency does have “discretion when making notifications,” especially on visitations to reduce the impact of COVID-19, according to a spokeswoman.

Prison officials argue they are doing the best they can amid the pandemic to following guidelines set by the Centers for Disease Control and Prevention.

“We are doing the right things to manage our population and to keep them as safe as possible at this time when we can’t provide that assurance to our average American free public that everyone is safe and secure right now with this pandemic,” Kathy Hawk Sawyer, a senior adviser at the Bureau of Prisons who previously ran the agency twice, said.

Prison officials have daily calls with CDC officials, and CDC teams have visited several correctional facilities. As part of the plan to slow the spread of the coronavirus, officials have limited inmate movement, set up tents to increase bed space, isolated inmates at some prisons, and identified others for possible home confinement.

The Justice Department obtained 20 ventilators for use at hospitals housing federal prisoners, Dr. Jeffrey Allen, the bureau’s medical director, said in an interview. Within the last week, the Bureau of Prisons has obtained more than 5,000 test kits and now has 20 rapid testing machines deployed at hot spot prisons to increase testing numbers, Allen said.