Thousands of people in Southern California swarmed the beaches Friday to cool off from springtime heat amid the coronavirus pandemic.

Temperatures in the region have soared heading into the weekend, nearly reaching 100 degrees in some parts of Los Angeles County, but beaches there and in San Diego County are still closed due to stay-at-home orders.

But that didn’t stop an estimated 40,000 people from heading out to Newport Beach in nearby Orange County on Friday, where the coastline has largely remained open to the public, FOX 11 of Los Angeles reported.

Many of the Orange County beachgoers were thought to be visitors from L.A. or San Diego counties.

At least one public health official in Los Angeles County spoke out against the behavior.

“We don’t need you to go out and get infected in another county and then bring yourself, infected, back here to L.A. County,” Dr. Barbara Ferrer, director of the L.A. County Department of Public Health, told FOX 11.

Twice as many people were at the beach Friday compared to Thursday, lifeguards said, according to FOX 11.

“We’re seeing a huge increase in crowds that we would normally see out here in the middle of the summer,” Lifeguard Battalion Chief Brian O’Rourke said. 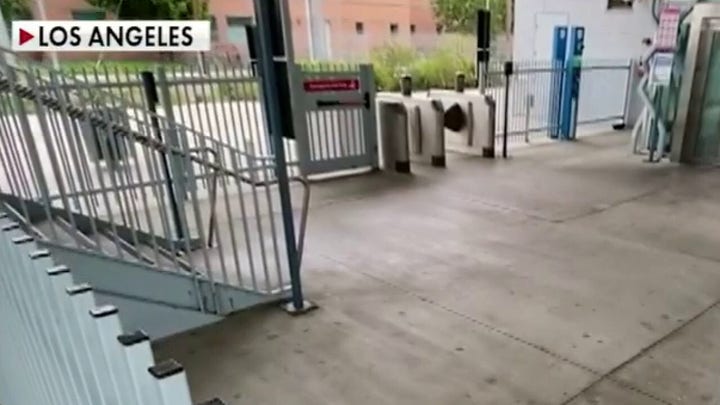 Although the city's beach was open, its pier, boardwalk and parking lot remained closed to deter crowds.

Up the coast from Los Angeles, beaches were also open in Ventura County, but that county's Harbor Department planned to limit the coastline to walkers, joggers, swimmers and surfers to prevent large crowds from gathering, Santa Barbara's KEYT-TV reported.

San Diego County was also lifting some restrictions on beaches that have been closed since last month, and will now allow swimmers, kayakers, paddleboarders and surfers, the San Diego Union-Tribune reported.

Parking lots will remain closed and congregating on the beach isn’t allowed. The decision doesn’t apply to state beaches.

“We certainly understand the special importance the ocean has to our community, to our society, to our way of life,” County Supervisor Nathan Fletcher said, according to the Union-Tribune. “It’s where we swim, surf and recreate. The ocean is a symbol of who we are as San Diegans, and it’s appropriate at this point that we open limited access to the ocean.”

He stressed that each jurisdiction will decide when to reopen its beaches.

As coronavirus mitigation efforts have continued, more protests have been springing up, with demonstrators calling for opportunities to return to a more normal life.

A couple plays volleyball on the sand Tuesday, April 21, 2020, in Huntington Beach, Calif. Warm temperatures are predicted for Southern California by the end of the week. (Associated Press)

In San Diego, the 27-year-old organizer of a "Freedom Rally" was possibly facing jail time and fines, according to police.

Naomi Israel told the Union-Tribune she and her husband both lost their jobs following the closure of nonessential businesses as part of Gov. Gavin Newsom’s measures to combat the spread of COVID-19. Israel recently urged others to gather in downtown San Diego to protest the restrictions.

“I don’t know how much longer I can go without being [employed], as many fellow Americans probably feel,” Israel said. “It’s important that we all get back to work in the safest way possible.”

Last weeked in Huntington Beach, more than 200 protesters demonstrated against the state’s stay-at-home order, demanding the government reopen the economy.

They claimed the restrictions were infringing on their personal freedoms and held up signs with slogans such as, “Defy Fascist Lockdown,” “Stop the Tyranny, Open California,” and “We Deem Our Governor Non Essential.”