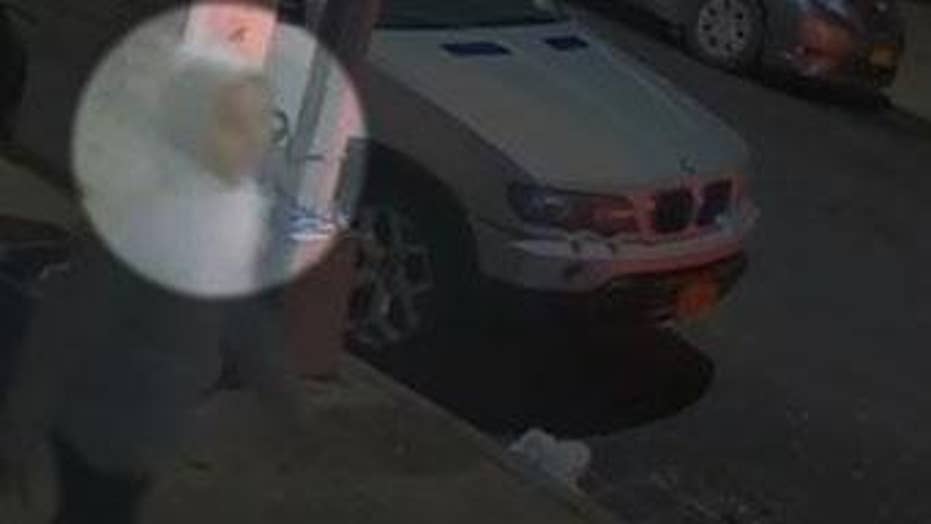 The New York City Police Department is asking for help in identifying a young man who is believed to be involved in the assault of a 9-year-old boy.

A 9-year-old boy dressed in Hasidic Jewish clothing was beaten in an apparently unprovoked attack in Brooklyn on Sunday night, and police are now investigating the assault as a hate crime.

NYPD said the boy was walking home in Williamsburg when a man – described as a black teenager – approached him and repeatedly punched him in the face.

The suspect, who fled the scene, reportedly did not say a word to the victim during the attack.

The boy refused medical attention at the scene and is expected to be OK, police said.

Police released a surveillance video of the suspect.

The suspect was described as a male, between the ages of 14 to 18. He was approximately 5 feet 6 inches tall and was last seen wearing a gray hoodie with a black patch on the sleeve.

In October, a teenager was arrested for viciously attacking a Jewish man in the Brooklyn neighborhood of Crown Heights less than an hour after he was released from police custody for an unrelated shoplifting incident.

Days earlier, a New York City cab driver was caught on video beating a Jewish man in the middle of an intersection. The victim, Lipa Schwartz, reportedly told local officials the alleged attacker yelled the words “Allah” and “Israel” while pummeling him.

On Wednesday, a Jewish professor and Holocaust scholar at Columbia University’s Teacher’s College in New York said two swastikas and an anti-Semitic slur were spray-painted on the walls outside her office.

“I was in shock,” Elizabeth Midlarsky, professor of psychology and education, told the Columbia Daily Spector. “I stopped for a moment because I couldn’t believe was I was seeing.”

Jews make up only about 2 percent of the U.S. population, but in annual FBI data, they repeatedly account for more than half of the Americans targeted by hate crimes committed due to religious bias.