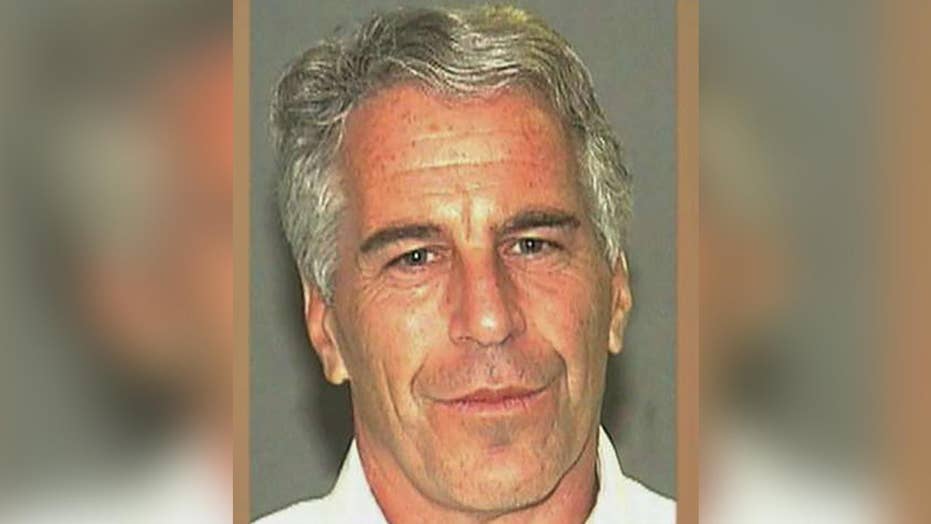 An indictment alleging sex trafficking and sex trafficking conspiracy was unsealed Monday morning against financier and registered sex offender Jeffrey Epstein,  who pleaded not guilty during his initial appearance in a New York City federal court.

Prosecutors allege Epstein, the 66-year-old wealthy hedge fund manager arrested on Saturday, preyed on "dozens" of victims as young as 14.

Epstein appeared in a hearing that lasted about 30 minutes wearing a blue prison top with a brown t-shirt underneath, in addition to orange slip-on sneakers and "very messy" hair. Prosecutors said in the 36 hours since Epstein's arrest, multiple attorneys and several individuals have come forward and said they were victims, none of which had previously been spoken to.

"This allowed Epstein to create an ever-expanding web of new victims," U.S. Attorney Geoffrey Berman said at a news conference.

Berman added that nude photographs "of what appeared to be underage girls" were discovered at Epstein's Manhattan mansion during a search following his arrest Saturday. The hundreds of photos were discovered in a locked safe, according to officials.

At Epstein's multi-story mansion on the Upper East Side of Manhattan, prosecutors said that victims would be escorted to a room with a massage table where they would perform a massage on him.

"The victims, who were as young as 14 years of age, were told by Epstein or other individuals to partially or fully undress before beginning the 'massage,'" prosecutors wrote. "During the encounter, Epstein would escalate the nature and scope of physical contact with his victims to include, among other things, sex acts such as groping and direct and indirect contact with the victim's genitals."

In Monday's court appearance, prosecutors said that the massage room in New York was set up exactly as how the alleged victims described it 15 years ago.

"In so doing, Epstein maintained a steady supply of new victims to exploit," federal prosecutors said.

FBI Assistant Director-in-Charge William Sweeney said that Epstein was arrested at Teterboro Airport in New Jersey at 5 p.m. on Saturday "without incident." Epstein is now being held at the Metropolitan Correctional Center, a federal jail near the Manhattan courthouse where he appeared Monday afternoon.

Berman said Epstein flew into the jurisdiction of the Southern District of New York over the weekend, prompting the arrest.

"We think he's a significant flight risk," he added, citing Epstein's "enormous wealth" that includes two planes in addition to the financier spending "much of the year" living abroad as to why prosecutors will ask that he remain jailed, pending trial. A federal judge ordered Epstein to remain behind bars until a bail hearing, which was moved to Monday, July 15.

Prosecutors claimed Epstein has posed "extraordinary" risk as a man of "nearly infinite means" with "every motivation in the world to flee," and having the means to do so.

Lawyers representing Epstein said that their client was not a risk to others since in the past 10 years his conduct has never been challenged and he is under "constant surveillance." Defense officials added that Epstein never sought to fleed, and never anticipated a time at which he would flee.

Epstein's lawyers also argued the matter had been settled in a Florida case involving similar charges a decade ago.

Attorney David Boies, who represents some of the victims, told Fox News on Sunday he expected more superseding indictments would be eventually be added.

“This is an important first step. Hopefully, prosecutors will focus on some of his [Epstein’s] co-conspirators going forward,” Boies told Fox News.

Epstein, who once counted as friends former President Bill Clinton, Britain’s Prince Andrew and President Trump, was arrested Saturday after his private jet touched down from France. Court documents obtained by Fox News in 2016 showed that Clinton took at least 26 trips flying aboard Epstein's private jet, known as the "Lolita Express," and apparently ditched his Secret Service detail on some of the excursions.

Records showed Trump apparently flew on the jet at least once, however, his legal team more recently has denied the two were friends.

Trump banned Epstein from his Mar-a-Lago estate "because Epstein sexually assaulted an underage girl at the club," according to court documents filed by Bradley Edwards, the lawyer who has represented several Epstein accusers. That claim has not been confirmed by Trump or Mar-a-Lago, however, Trump has previously cited the allegations against Epstein in interviews.

Under federal court rules, prosecutors can keep a defendant locked up for three extra days while preparing for a bail hearing without needing a reason.

Labor secretary Alex Acosta is under fire after Jeffrey Epstein is arrested for sex trafficking.

"The government is clearly seeking to have him detained," former federal prosecutor David Weinstein told the Associated Press after Epstein's arrest.

Averting a possible life sentence, Epstein instead was sentenced to 13 months in jail. The deal also required he reach financial settlements with dozens of his once-teenage victims and register as a sex offender.

Epstein’s deal was overseen by former Miami U.S. Attorney Alexander Acosta, who is now Trump’s labor secretary. Acosta has defended the plea deal as appropriate under the circumstances, though the White House said in February that it was “looking into” his handling of the deal.

The deal, examined in detail in a series of reports in The Miami Herald, is being challenged in Florida federal court. U.S. District Judge Kenneth Marra of Florida ruled earlier this year that Epstein's victims should have been consulted under federal law about the deal, and he is now weighing whether to invalidate the deal.

There are also no double jeopardy implications because Epstein's guilty plea involved only state crimes, while the current case involves federal law.