An infant and toddler were among 12 shooting victims in Baltimore Friday night.

Of the 10 other shooting victims, three went directly to the morgue for post-mortem exams.

“It’s upsetting to me, and I’m sure it’s upsetting to the law-abiding citizens of Baltimore, this level of violence,” the city’s new mayor Jack Young said in response to the shooting of the two young children, the Baltimore Sun reported.

The three fatal victims and the nine wounded victims were shot in five separate incidents, marring Young’s first full day as mayor. His predecessor Catherine Pugh resigned Thursday under a cloud of corruption and an FBI probe. 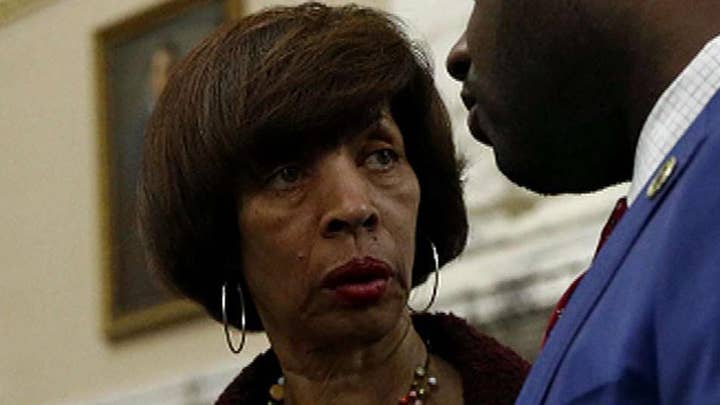 Young is expected to be sworn-in next week and he said one of his biggest priorities will be reducing violence, WJZ-TV reported Friday.

The 1-year-old and the 2-year-old were among five people shot at an intersection in South Baltimore around 8:21 p.m., according to reports.

The other victims were a woman and two men who were being treated for gunshot wounds at hospitals. The women was shot in the neck.

“Two babies,” the Sun quoted people who gathered at the scene as saying.

“I mean who does that,” the paper quoted one of them Rhonda Orndoff as saying in response.

Baltimore City Councilman Brandon M. Scott tweeted: “All shootings are tragic but the shooting of our babies are the most heinous.”

Cops told the station three suspects were taken into custody and handguns were recovered. The suspects were in a car that flipped over when it struck another vehicle as it was fleeing the scene.

The killings Friday afternoon and Friday night around 10 p.m. were reported in three different Baltimore neighborhoods with the Sun citing cops as saying that the victims were a 29-year-old man, a 55-year-old man and a 21-year-old man.