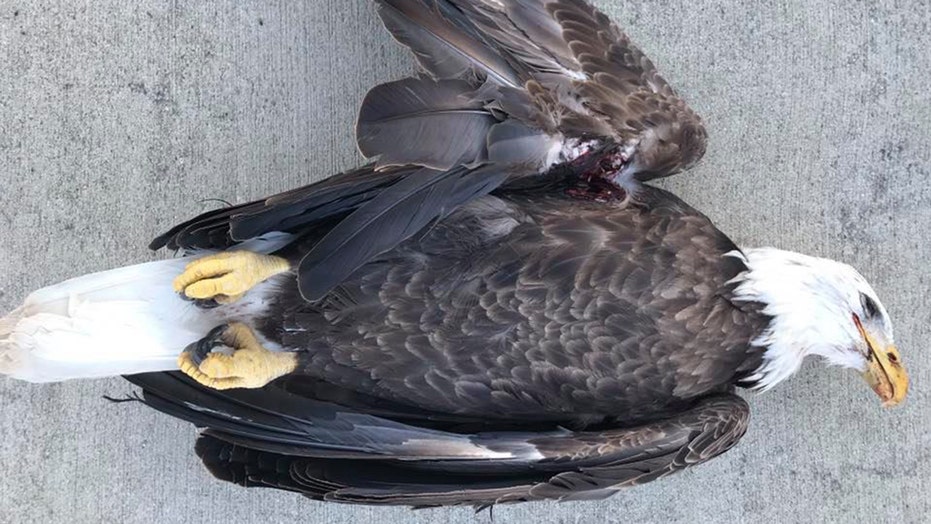 “The eagle was found alive south of the White River near Dixie Road, but later succumbed to the gunshot wound,” Indiana Department of Natural Resources Law Enforcement said in a Facebook post on Sunday.

A bald eagle in Indiana was hit by a bullet and later died from its wound, officials said. (Indiana Department of Natural Resources Law Enforcement)

A reward was being offered for information that leads to an arrest, according to the agency.

The killing of a bald eagle is a violation of the federal Bald and Golden Eagle Protection Act. Violators face up to a year in jail and a fine of up to $100,000.

As of 2008, bald eagles are no longer considered endangered in Indiana.

Researchers still track data on bald eagles to monitor the health of the population and learn more about their behavioral patterns.