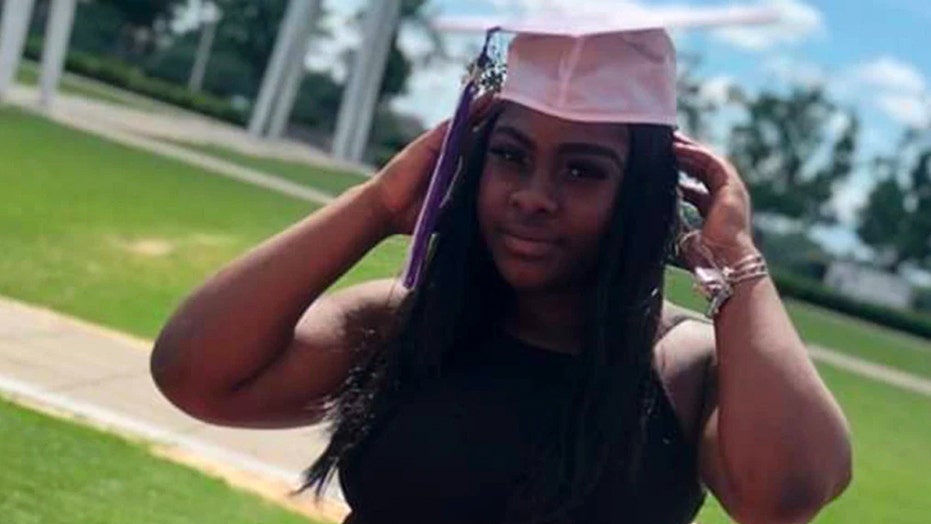 A recent Georgia high school graduate died on Thursday after someone fired a gun into her home — killing her while she slept, officials said.

Jessica Daniels, 18, was shot while in bed in her Atlanta home around 5:30 a.m. Authorities arrived on scene to find the woman with a gunshot wound to the chest, and say she was the unintended target of a shooting that occurred nearby.

Daniels' family told investigators they heard three shots fired outside their home, WAGA-TV reported. A witness said she heard "boom, boom, boom, boom" before getting up to investigate the commotion when they "saw lights flashing."

Jessica Daniels, 18, was killed by a stray bullet while she was asleep at her home in Atlanta on Thursday, officials said. (Facebook)

Investigators said there was an exchange of gunfire outside the house between two shooters — which is when three stray bullets entered Daniels' home, according to the Atlanta Journal-Constitution.

BOY, 10, HIT BY STRAY BULLET WHILE ON FIELD AT PENNSYLVANIA BALLPARK DURING HARRY POTTER-THEMED EVENT

“We can’t think of any reason she may have been the subject or the target,” Atlanta Police Lt. Andrea Webster told the news outlet. She said no one inside the home was involved in the shooting.

Daniels' family said the 18-year-old graduated from South Atlanta High School in May, and planned to attend college to study business. She reportedly had a job interview scheduled for later Thursday.

“She did not make it, by a stray bullet,” the woman's aunt, Donna McClain, told reporters.

Daniels' grandfather, Sanders Love, said when he heard the gunfire, he ran upstairs to the door first. "Then I heard my daughter in the back say, ‘Jessica been shot,’ and I just lost it.”

“I heard shots. I’m thinking it’s just outside, then I hear it’s in the house. That’s what killed me,” Love told the Journal-Constitution. “It took the life out of me. I’d rather for to it be me than my granddaughter because that hurt me so bad.”

Anyone with information on the shooting is urged to contact Crime Stoppers online or at 404-577-8477. A $10,000 reward has been offered to anyone who provides information leading to the arrest and indictment of those involved in Daniels' death.