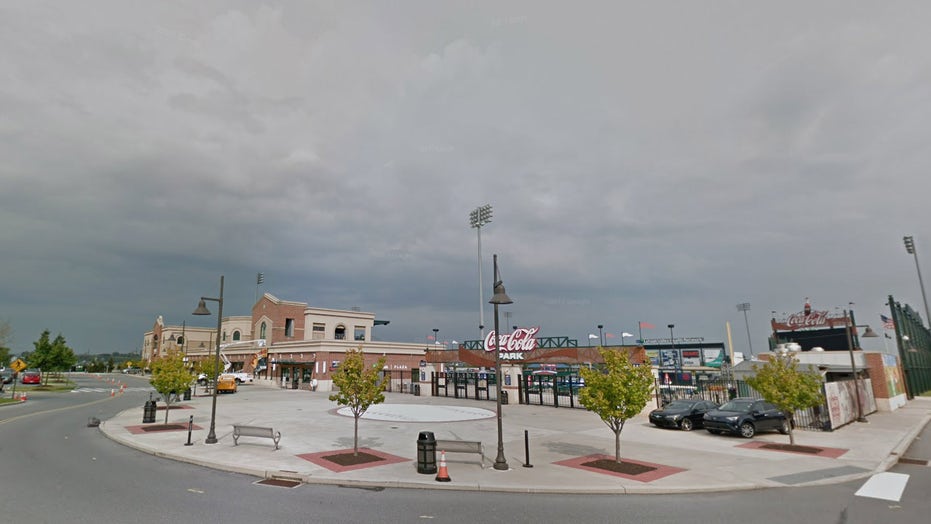 A 10-year-old boy was shot in the leg by a stray bullet Saturday night while on the field at a Pennsylvania ballpark during a Harry Potter-themed promotional event, officials said.

The boy was among 100 to 150 guests taking part in pre-game activities in right field at Coca-Cola Park in Allentown around 6:30 p.m. when he suddenly fell to the ground in pain.

As he was tended to by his parents and others, it was discovered the boy was bleeding from a puncture wound behind his knee. An X-ray at the hospital confirmed the child had been shot, according to police.

“The police officers we were speaking to last night felt pretty confident, with 99 percent certainty, that someone shot into the air and it was just the horrible misfortune that it landed where it did,” IronPigs General Manager Kurt Landes told the Morning Call.

Officials told WFMZ there were no reports of gunshots in the ballpark or the area surrounding the stadium, located in the eastern part of the state.

The boy was hit by a stray bullet while on the field at Coca Cola Park in Allentown, Pa. on Saturday night. (Google Street View)

Landes told LeighValleyLive.com the field at the time was filled with children learning to play the Harry Potter sport quidditch ahead of the game, part of a promotional event for the IronPigs' night honoring the fictional wizard.

“The boy actually thought his brother had hit him in back of the knee," Landes told the news outlet. “This was a bizarre, random thing.”

IronPigs co-owner Joe Finley, who was at Saturday's game, said authorities told him the bullet must have come from the air within a two-mile radius of the stadium.

“It was a one-in-a-billion incident,” Finley told LehighValleyLive. “This is rare. Much more rare than lighting striking someone.”

The boy was taken to the trauma unit with an injury that was not considered life-threatening. A family member told WFMZ he was expected to be discharged soon, and the bullet was not being removed from the boy's knee because removal could cause nerve damage.

Allentown police said they are still investigating where the bullet came from.