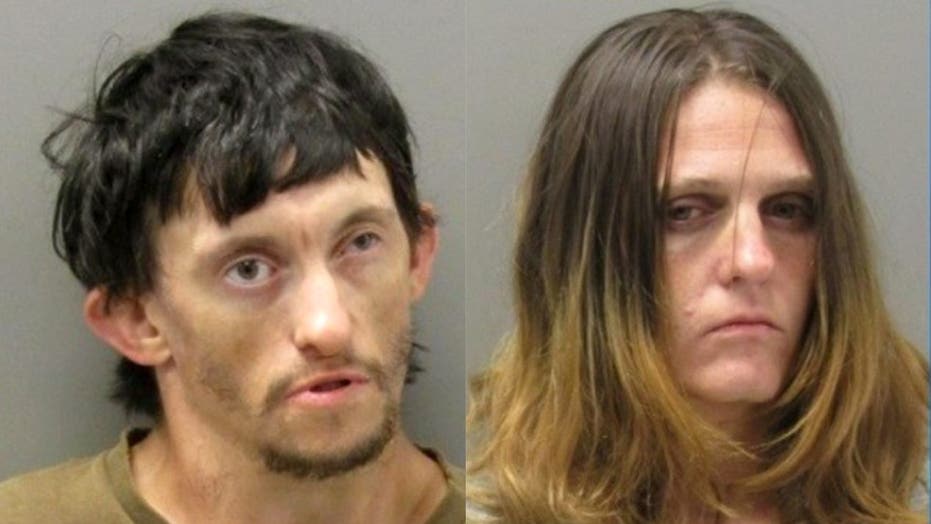 Two Arkansas siblings were arrested on drug charges during the weekend after the sister claimed her brother fed her a "meth sandwich."

Elizabeth Catlett, 29, was pulled over on Sunday in Hot Springs, a city roughly 55 miles southwest of Little Rock, for driving without her headlights on. Her brother, 33-year-old Don Furr, was a passenger in the vehicle.

The police officer who pulled her over said he smelled marijuana in the car and observed Catlett "moving about the vehicle in a quick, nervous manner," KATV reported.

Catlett said the car didn't contain any drugs. But when another officer arrived on scene and a body check of Catlett was conducted, police said they found small plastic bags and a cut straw in her front pocket — and alleged residue of methamphetamine.

The 29-year-old told police someone else placed the bags there. Investigators asked her brother, Furr, if there was anything illegal in the car, to which he reportedly replied: "If there is anything in the car it would be in the console and it would be ice.”

The officers said they found 0.5 grams of meth in the vehicle, as well as alcohol swabs and medical supplies.

Catlett then allegedly told police that if she "pops hot" – likely a reference to testing positive for drugs – it was because Furr fed her a meth sandwich. She also allegedly told the cops that Furr did that often, and she thought he put meth in her drink earlier Sunday, too. Furr reportedly confessed to doing meth with Catlett on Saturday.

The two were taken into custody on various drug charges. Catlett faces additional charges of DWI and refusal to submit to a chemical test. Both are scheduled to appear in court Nov. 4.