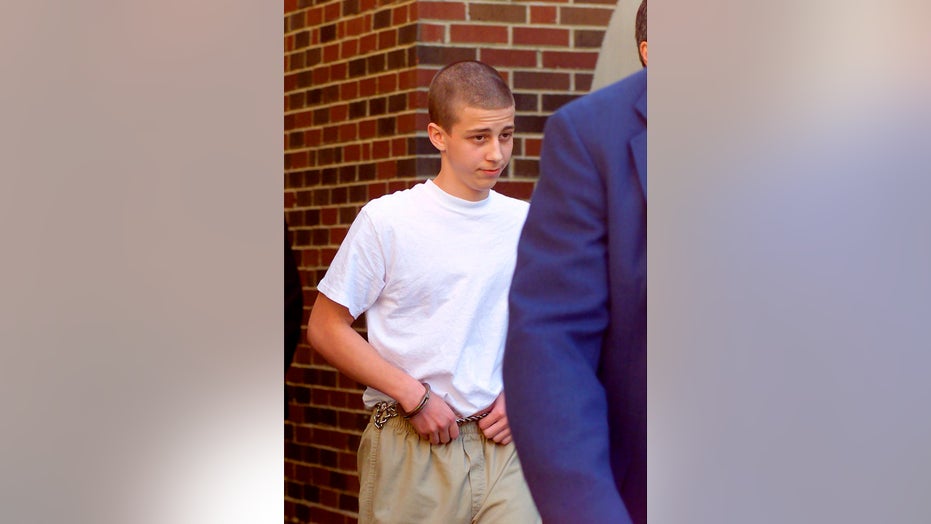 A Missouri man who was 11 when he shot and killed four students and a teacher in Jonesboro, Arkansas, in 1998, was killed in a car crash Saturday night in Independence County, Ark., according to state police.

The two-vehicle crash unfolded near Cave City, about 100 miles northeast of Little Rock. Drew Grant, 33, who had changed his name from Andrew Golden, had been released from prison in 2007.

Daniel Petty, 59, of Essex, Missouri, was going south on Highway 167 in a Chevy Tahoe when he drove left of the center-line and hit Grant's Honda CRV head-on at around 9 p.m., investigators said.

Petty also died. Paramedics rushed three other people to hospitals in Little Rock and Batesville, according to KAIT and a state police preliminary summary of the crash. The conditions of the injured were unknown.

Convicted Westside Middle School shooter Andrew Golden, 13, being escorted from a back door of the Craighead County Courthouse in Jonesboro, Ark., in April 2000. (Rodney Freeman/The Jonesboro Sun via AP, File)

Arkansas State Police spokesman Bill Sadler told KAIT that Grant and Golden were "one in the same."

Golden and Mitchell Johnson were 11 and 13 when they set off a fire alarm at Westside Middle School in Jonesboro. As kids and faculty were evacuating, they shot and killed four students, including 12-year-olds Paige Herring and Stephanie Johnson; 11-year-olds Brittney Varner and Natalie Brooks; and teacher Shannon Wright.

In 2017, a judge presiding over a lawsuit filed by the victims' families awarded them $150 million in damages.