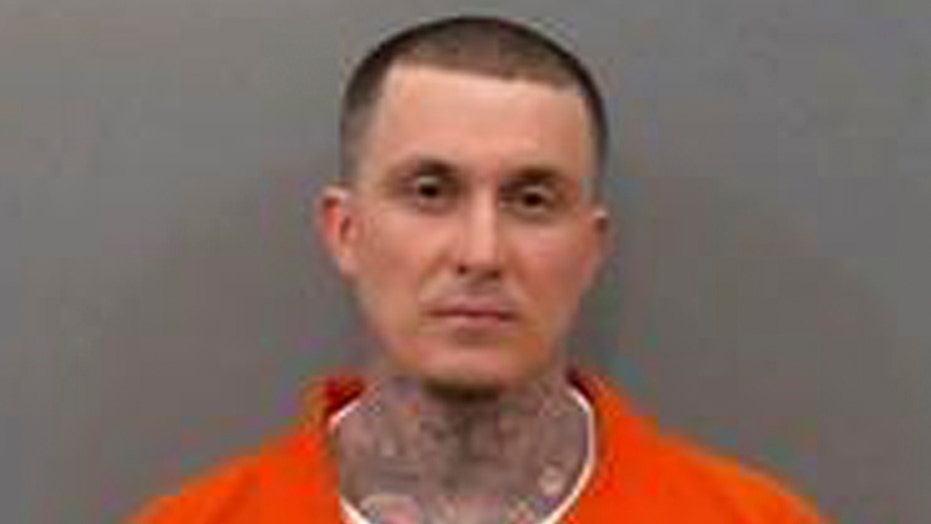 The U.S. Marshals Service is offering up to a $15,000 reward for tips leading to the capture of two inmates – one of which authorities say is the leader of a “violent” white supremacist gang – who possibly fled from an Arkansas jail this week more than a day before authorities noticed.

Police, as of Thursday afternoon, are still searching for Wesley Gullett and his fellow inmate, Christopher Sanderson, after the pair slipped away from the Jefferson County Detention Center earlier this week. They were last seen at the jail in Pine Bluff around 8:30 p.m. Monday but officials didn't notice their absence until 4:30 a.m. Wednesday.

"I’m going to be honest with you, it comes back down to complacency, comes down to just being lazy and not paying attention to what we’re doing," Sheriff Lafayette Woods Jr. told KATV. "And so at this point, we’re handling that internally with our staff."

Sanderson, 34, is being held on federal drug and gun charges. Gullett, 30, is among 54 members of the New Aryan Empire who have been indicted on recent federal charges and is listed in court documents as the gang's "outside" president who oversaw all gang activities by members who weren't in prison.

Gullett is accused of attempting to kill Bruce Wayne Hurley, of Atkins, who told law enforcement about an associate of the gang's drug dealing. Hurley was shot dead at his home in May 2016, but the indictment doesn't say who authorities believe killed him.

Prosecutors say the New Aryan Empire has about 5,000 members and the Justice Department, while announcing the federal charges in February, alleged the gang is a “racketeering enterprise which committed violent acts -- including attempted murder, kidnapping, and maiming -- in support of its organization and its wide-ranging drug-trafficking operation.”

Gullett and Sanderson put padding in their bunks to make it look as if they were asleep, then climbed onto the jail's roof and over a fence to escape, the Associated Press reported. Dolphin said jail staff are supposed to conduct the checks three times every 12-hour shift. They are supposed to physically confirm inmates are there if they don't see movement, Woods added, but they didn't do so.

Woods also told the Pine Bluff Commercial that other inmates tried to escape on Tuesday but were captured after a drone caught them on the roof.

In March, a magistrate judge had rejected Gullett's request for a temporary release to attend his father's funeral after prosecutors argued that he posed a serious danger to the community and was a flight risk.

Supervisory Deputy U.S. Marshal Kevin Sanders told the Associated Press yesterday that authorities have no reason to believe the pair left the state and that multiple agencies across Arkansas are looking for them.