In a video newly released by the Florida State Attorney's Office, Only Fans star Courtney Clenney assualts Christian Obumseli in an elevator a few months before his death

An Arizona teacher is no longer employed after students stumbled across her OnlyFans account where she had posted pornographic material prompting outrage from parents.

Former Thunderbolt Middle School teacher Samantha Peer released a statement on Facebook Friday afternoon saying that she resigned from her position "under pressure" from the district after her OnlyFans account was discovered and went public.

Lake Havasu, Arizona middle school teacher Samantha Peer is no longer working as a teacher after students stumbled across her OnlyFans account.

"I created content at the beginning of the summer in order to earn extra money on the side to help pay for our basic necessities that our salaries were no longer meeting," Peer says in the video posted to Facebook. "I chose an anonymous name as well as blocking the entire state of Arizona on my OnlyFans so that it wasn’t accessible to anyone living in the state."

Peer, who made the graphic videos using the alias "Khloe Karter," said that on October 24 it was brought to her attention that a "community member had expressed concerns to the police" and that she was placed on paid administrative leave pending an investigation.

The Lake Havasu City Police Department said it received an anonymous tip that a Thunderbolt teacher was engaging in pornography.

Samantha Peer no longer works at Thunderbolt Middle School in Lake Havasu, Arizona, after students came across her OnlyFans account, where she posted pornographic material.

"The teacher was later identified to be Samantha Peer (28)," the police said in a statement. "Additionally, it was reported that some of the pornographic image(s) of Mrs. Peer depicted her in a classroom-type setting, presumably on Thunderbolt School Property. The superintendent of schools was advised of the report, and it was learned at that time that they had also received the same information that was initially forwarded to the police department."

Police added that they are still investigating whether any laws were broken.

On October 31, Peer said she decided to resign "under pressure" but stressed that she was not fired. Peer added that her husband Dillon, who was a substitute teacher in the district and was filmed in some of the videos, was fired on November 4.

Peer, who has also posted pornographic content of herself engaging in sex acts on Twitter using the name "Khloekarterxxx," claims that it was not until November 6, after she had resigned, that students and faculty began spreading the information causing her social media accounts to start buzzing with responses.

"If it was ‘just’ an Only Fans account I wouldn’t be as upset because then that would 100% be on the kids’ parents, but this was public and an easy Google search to find everything," eighth grade parent Alea Bilski told Havasu News.

Bilski told the outlet that her daughter came from school and told her about the situation with Peer after she heard the staff talking about it before the story made headlines on November 7.

The Lake Havasu Unified School District told parents in an email that "the images depicted did not happen during the school day and the person depicted no longer works for LHUSD."

The Lake Havasu Unified School District did not immediately respond to a request for comment from Fox News Digital.

Peer expressed frustration in the video that her salary as a teacher, despite her having received commendations for her work, did not provide enough for her to meet basic needs.

"I don’t think it’s fair that I have to sacrifice my own children’s time because our professional salary does not pay enough," Peer said.

Peer, a mother of two, says she regrets the videos but felt "trapped" by her financial situation and felt it was the "only way" for her family to "survive."

"However, I do not believe that my name should be smeared throughout the community when I made one mistake that didn't affect anybody until other adults began allowing children access to my content," Peer said.

Despite the controversy, Peer's pornographic social media accounts remain up, and she has been posting content over the past few days. 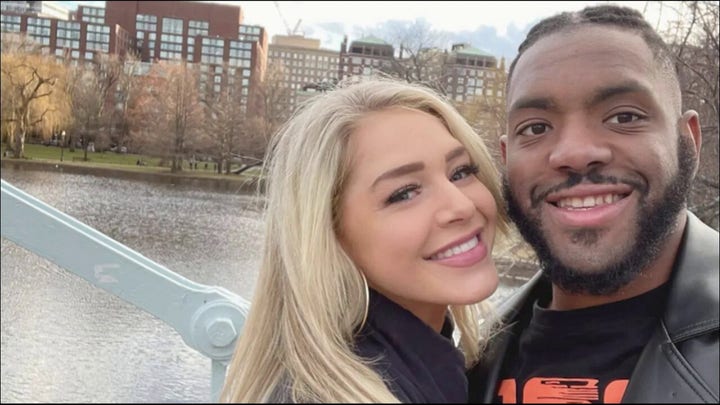