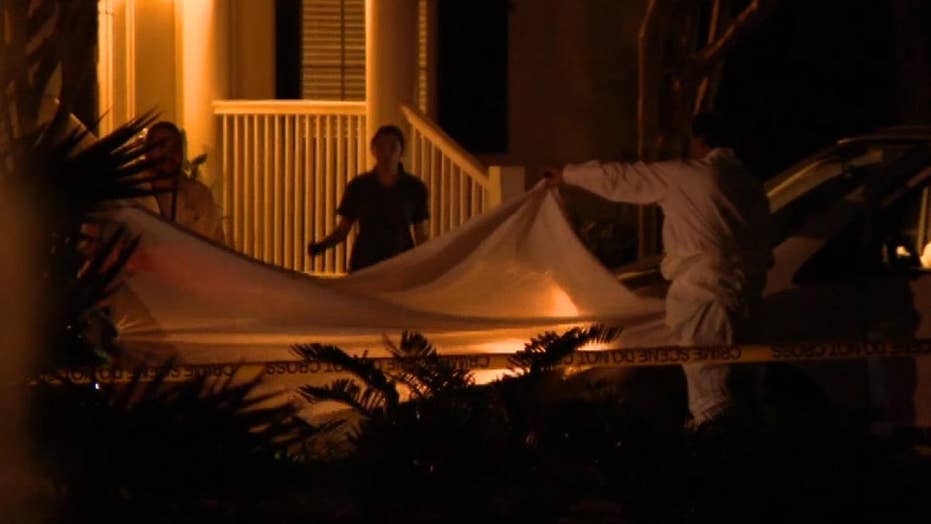 Detectives in Celebration, Fla., say a suspect is in custody, and that this was an isolated incident and all parties involved are accounted for.

Florida police have a suspect in custody following the discovery of four bodies inside a home that reports have linked to a Connecticut family missing for over a week.

Osceola County Sheriff’s deputies were called to the home in Celebration – a community developed by the Walt Disney Company in the 1990s – on Monday morning after neighbors called police to check on the family, according to local reports.

While investigators called the deaths “suspicious,” officials have released few details regarding the case, including the names of the suspect and the victims. Deputies wouldn’t say how the victims were killed or what charges the suspect could face.

“All parties involved with this investigation are accounted for," Sheriff Russ Gibson said during a brief news conference. He didn't answer reporters' questions about the case.

Neighbors who witnessed the scene described the residents to local reporters.

A couple and their three children lived at the home, neighbor Connie McGarian told FOX35 Orlando, describing them as the “perfect family.”

Neighbor Marcelo Rodriguez told the Orlando Sentinel that he saw the man who lived there with his family in handcuffs outside the home.

Deputies were looking into whether the death investigation was related to a recent report about a missing family, Maj. Jacob Ruiz, a spokesman for the Osceola sheriff told the paper.

A Connecticut family of five, missing for more than a week, recently moved to from Colchester to Celebration, friends and family told FOX61. They told the station they believe the family’s disappearance could be linked to the death investigation.

“The news reports out of Celebration, Florida regarding a Colchester family are shocking and heartbreaking," the office wrote on Facebook. "While there is much we do not know at this time, I know that the thoughts and prayers of our entire community are with the relatives and friends of the family involved."

The family has been linked to the house where the investigation is taking place through court documents obtained by the Daily Beast; the property’s landlord had filed an order to evict them.

Celebration is a planned gated community designed and built by the Walt Disney Company just 4 miles from Walt Disney World.

“We live in Celebration,” Rodriguez told WFTV. “It’s where dreams come true basically, right? And this has happened. So it’s really sad.”