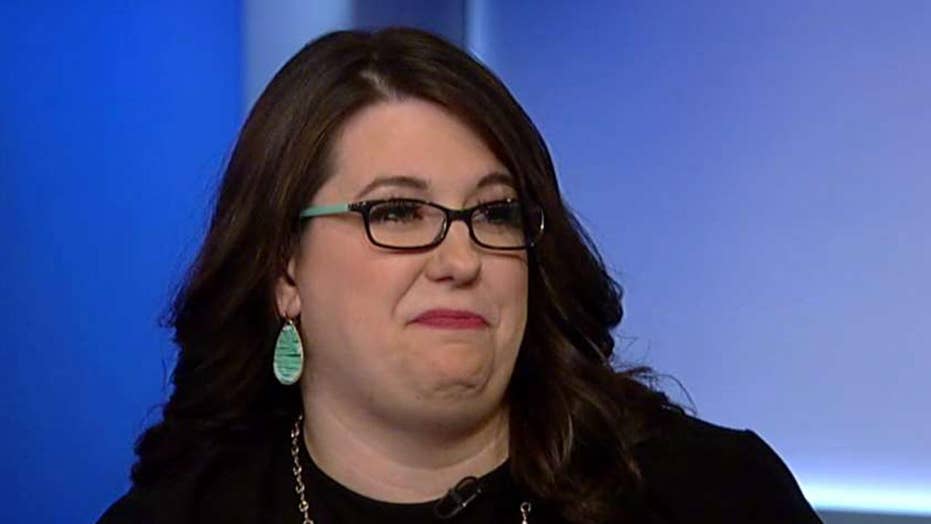 A Boston College pro-choice student repeatedly insisted that a baby born after a failed abortion is "not a baby."

The shocking admission came during a Q&A with Kristan Hawkins, the president of Students for Life of America, on her "Lies Feminists Tell" university tour.

KRISTIN HAWKINS: DEMOCRATS' EXTREME POSITION ON ABORTION, HOSTILITY TOWARD PEOPLE OF FAITH MADE ME LEAVE PARTY

"There is an abortion crisis of one million killings a year, and it all starts with dehumanizing the unborn," Hawkins said of the exchange on Twitter.

The pro-life speaker, invited by the Boston College's Pro-Life Club, challenged the students about the humanity of a child at the U.S.-Mexico border versus within the walls of a Planned Parenthood abortion clinic.

“Do you think that children that are apprehended at the border that are in U.S. government care…do you think babies who are going to die should be resuscitated and given care?” Hawkins asked.

“Okay. Do you believe that a baby who is born alive during an abortion at Planned Parenthood should get care?” Hawkins followed up.

The student replied, "No."

When Hawkins asked again, why the child who survives a botched abortion is not a child, the student doubled down.

As the exchange grew more heated, another student seemed to comfort the pro-choice student on the other end of Hawkins' questioning when they both admitted it's a rare circumstance.

"It is rare but it does happen because a group of abortion survivors were just at the White House," Hawkins responded, but the student insisted one more time that an abortion survivor is not a child in her mind.