FILE - In this Friday, Jan. 18, 2019 file photo, anti-abortion activists protest outside of the U.S. Supreme Court, during the March for Life in Washington. (AP Photo/Jose Luis Magana)

On paper, I should be a Democratic Party voter as I was raised in a working class, union family in West Virginia, earned my way through school, now head a non-profit working with volunteers in all 50 states, and am the sole breadwinner of my family, with two of four children having expensive medical needs. In truth, my family did once consider that party a home for their vote. But things have changed for voters like me, not because I left the Democratic Party, per se. But because they left me.

For pundits working models to predict the outcome of the next election, three issues cause concern for traditional and lapsed Democratic Party voters like me.

The value placed on life in the womb heads the list, as the Democratic Party has become so radicalized in favor of abortion that legislators are willing to allow babies born during an abortion to suffer and die. This is not a life of the mother, health of the mother concern as the baby lies separate and in need. And yet 44 U.S. Senators voted against requiring care for a struggling infant, including all the Senators contending for the presidency. On the House side right now, pro-life leaders are urging passage of a discharge petition for the “Abortion Survivors Act” to force a vote in favor of care for such children, something that should not be controversial even for those who support abortion.

Beto O'Rourke also joined the pro-abortion lock-step in his party, saying even when it comes to abortions at a time in pregnancy when the baby can live outside the womb “that should be a decision that the woman makes. I trust her.”

But sometimes the “her” to trust is the girl in the womb or recently born who needs help.

In a recent television appearance, abortion survivor Claire Culwell observed: "We know that a baby is what is inside a mother's womb based on medical technology and science. We just hope that because people can see our faces and see that we are people. We are human. We do grow up to be someone someday, that people will realize that those women do not speak for women like me. That's why I would ask those people, 'Where were my rights as a woman? What were my rights in the womb?'" 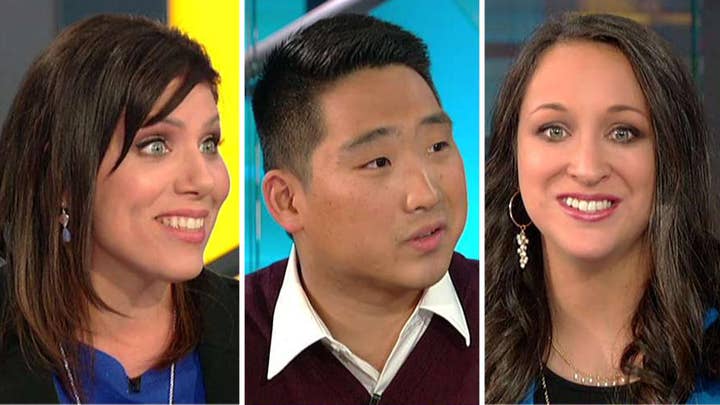 Only 7 percent of Millennials agree with the Democratic Party platform position supporting abortion through all 9 months, for any reason at all and sometimes with taxpayer funding. Working with groups on more than 1,200 college and university campuses nationwide, I know that the next generation favors policies that help both mother and child.

Also of concern is the Democratic Party’s increasingly hostile reaction to people of faith, Catholics like myself, who make up about one-fifth of the U.S. population.

Case in point: Attacks on the beliefs of judges.

Sen. Dianne Feinstein said that the Catholic faith of 7th Circuit Court of Appeals nominee Amy Coney Barrett was a problem, observing, “When you read your speeches, the conclusion one draws is that the dogma lives loudly within you.” And Senators Mazie Hirono and Kamala Harris were bothered by District Court judge nominee Brian Buescher's involvement in a Catholic charity, the Knights of Columbus, an organization devoted to service and generosity.

Hirono actually asked Buescher, “If confirmed, do you intend to end your membership with this organization to avoid any appearance of bias?”

Public servants interested in helping the poor and needy is usually considered a good thing. Political commentator Steve Cortes observed, “In today’s Democratic Party, the new McCarthyism asks, ‘Are you now, or have you ever been, a member of the Knights of Columbus?’”

While many politicians use faith like a throwaway line during an election, the hostility to those who hold fast to their values – “bitter” people clinging to “guns or religion”—is too often on display in our current political climate.

And also troubling has been the recent racial intolerance among top legislators. The ambivalence toward Anti-Semitism is surprising especially when considering the traditional support of Jewish voters for the Democratic Party. For top Democratic Party leaders to cut off conversation with a minority group that has suffered significant persecution throughout history is a troubling trend.

What I once liked about the Democratic Party was the perception of concern for the vulnerable because of a moral concern for others.

At a CNN town hall recently, Sen. Elizabeth Warren was asked about the role faith plays in her life, and she talked about the inspiration she took from Christ’s concerns for the least of these. She said that her takeaways were “first is there is God. There is value in every single human being.” And the second, Warren said, “is that we are called to action.”

That love should include the most vulnerable among us, including the preborn, and that action should encompass people of every race, creed or color. Until it does, voters will keep looking for a place where they are welcome.