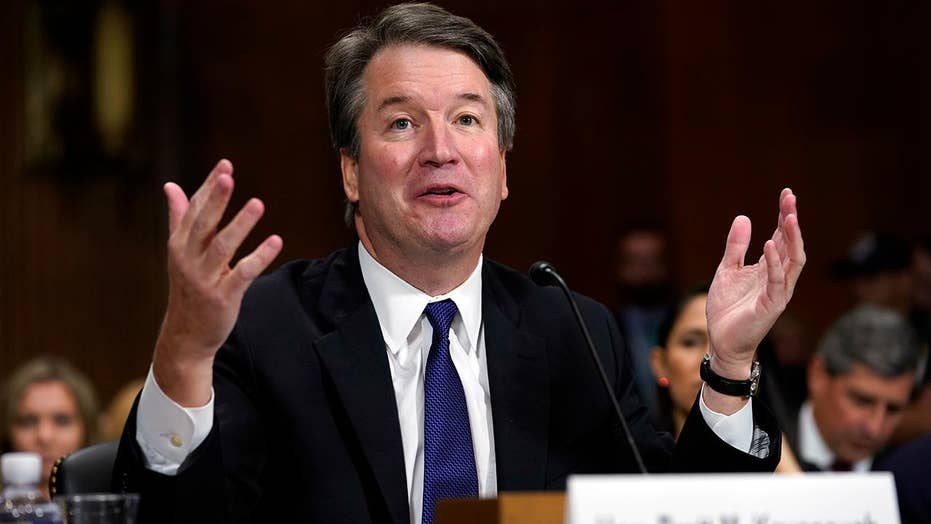 What to expect now that Kavanaugh is on the Supreme Court

Constitutional law professor Jonathan Turley explains and makes the case for more justices on the court.

A design lead at Google has slammed Republicans in an angry Twitter rant over the nomination of now-Justice Brett Kavanaugh.

“You are finished, @GOP. You polished the final nail for your own coffins. F--K. YOU. ALL. TO. HELL,” wrote Dave Hogue Saturday, in the now-deleted tweet.

“I hope the last images burned into your slimy, evil, treasonous retinas are millions of women laughing and clapping and celebrating as your souls descend into the flames,” he added.

Hogue’s LinkedIn entry describes him as Google’s UX design lead. He has been at the search giant since December 2013, according to the entry.

"What employees say in their personal capacity has no bearing on the way we build or operate our products," a Google spokeswoman told Fox News, via email.

Kavanaugh was sworn in Saturday night as the 114th justice of the U.S. Supreme Court, after a fierce confirmation battle that included allegations of sexual misconduct, which he denied.

Google is coming under close scrutiny at the moment amid allegations of anti-conservative bias at the company, which it denies.

The firm’s CEO Sundar Pichai met privately with GOP lawmakers on Capitol Hill last month to discuss the allegations and concerns about privacy issues and the firm’s re-entry into China.

A source familiar with Google’s closed-door portion of the meeting told Fox News that the meeting “was positive” and the "tone was tough but fair and respectful." Members “weren’t shy” about sharing their major concerns with Pichai, according to the source, and are looking to interview him in the future.

The meeting came after Google was given "the empty chair treatment" at a Senate Intelligence Committee hearing. Neither Pichai nor Larry Page, chairman of parent company Alphabet, chose to attend the event on election interference, much to the annoyance of lawmakers.