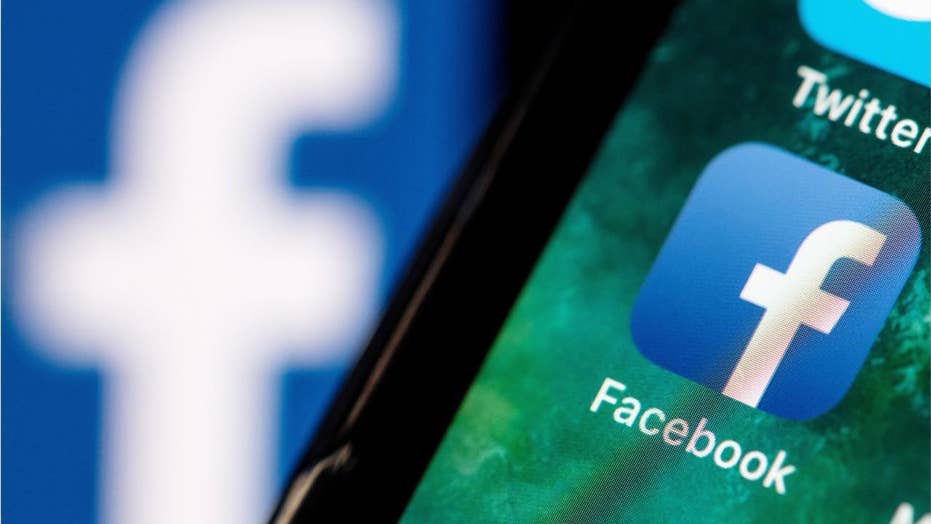 Facebook discovered a new ongoing political campaign reportedly aimed to influence the midterm elections. The company removed dozens of fake accounts and cites Russia could be behind the fraudulent pages.

The company said in a blog post that it removed 32 accounts from Facebook and Instagram because they were involved in "coordinated" political behavior and appeared to be fake.

Facebook did not explicitly say that the effort was aimed at influencing the midterm elections in November, but the timing of the suspicious activity would be consistent with such an attempt.

The company, which said it is in the early stages of its investigation, held briefings in the House and Senate this week.

The company said it doesn't know who is behind the efforts, but said there may be connections to Russia. Facebook said it has found some connections between the accounts it removed and the accounts connected to Russia's Internet Research Agency that it removed before and after the 2016 U.S. presidential elections.

Two of the pages that the tech giant recently disabled are seen above. (Facebook)

“Today’s disclosure is further evidence that the Kremlin continues to exploit platforms like Facebook to sow division and spread disinformation, and I am glad that Facebook is taking some steps to pinpoint and address this activity," Warner said in a statement to Fox News.

"I also expect Facebook, along with other platform companies, will continue to identify Russian troll activity and to work with Congress on updating our laws to better protect our democracy in the future,” he continued.

"It’s clear that whoever set up these accounts went to much greater lengths to obscure their true identities than the Russian-based Internet Research Agency (IRA) has in the past," Facebook said in its statement. "We believe this could be partly due to changes we’ve made over the last year to make this kind of abuse much harder."

"The goal of these operations is to sow discord, distrust, and division in an attempt to undermine public faith in our institutions and our political system," Sen. Richard Burr, R-N.C., said in a statement. "The Russians want a weak America.  There is still much that needs to be done to prevent and counter foreign interference on social media."

The president has made it clear that his administration will not tolerate foreign interference into our electoral process from any nation state or other malicious actors," White House Deputy Press Secretary Hogan Gidley said in a statement late Tuesday.

The earliest page was created in March 2017. Facebook says more than 290,000 accounts followed at least one of the fake pages. The most followed Facebook Pages had names such as "Aztlan Warriors," ''Black Elevation," ''Mindful Being," and "Resisters."

The perpetrators used virtual private networks and internet phone services, and paid third parties to run ads on their behalf, according to Facebook.

In addition, Facebook revealed that its partnership with the Atlantic Council helped it to identify the bad actors. One of the groups with roughly 4,000 members was located based on leads from U.S. Special Counsel Robert Mueller's recent indictment of 12 Russian nationals for their role in hacking and disinformation efforts during the 2016 U.S. presidential election.

That group was created by Russian government figures but had been dormant since Facebook disabled its administrators last year. However, the tech company chose to remove the group to protect the privacy of its members in advance of a forthcoming report from the Atlantic Council that will analyze the Pages, profiles and accounts that Facebook disabled today.

Freedom From Facebook, a group that has been pushing for the tech company to be broken up, said that today's announcement was not enough.

“While it is good news that this latest attack on democracy via Facebook was discovered early, the fact that it happened highlights the danger posed when so much power is concentrated in a single company," said Sarah Miller, a campaigner with Freedom From Facebook.

Miller continued: “We will not be safe from foreign interference -- and Facebook’s own business model of profiting off of bad actors -- until Congress and the FTC step in to break up the company and impose strong privacy rules.”

Fox News' Bree Tracey and The Associated Press contributed to this report.