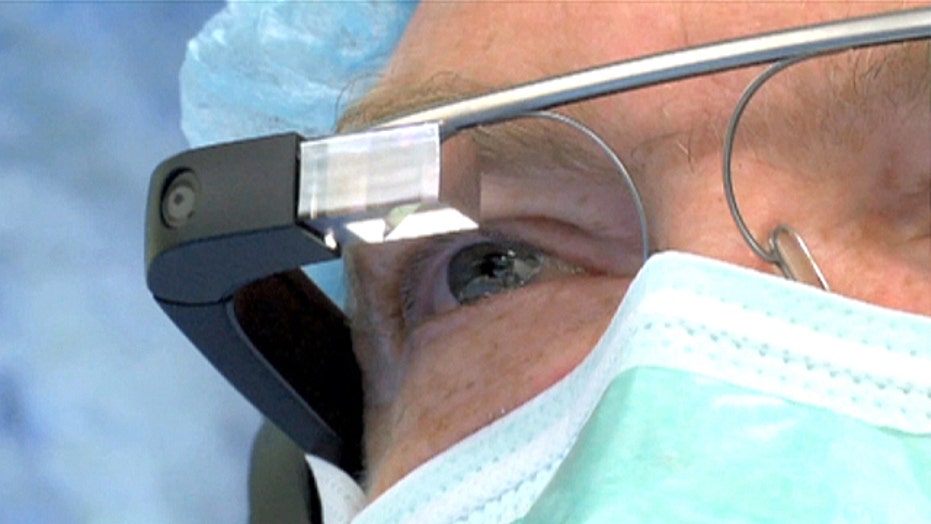 Google Glass is finding its way into operation rooms: A surgeon in Ohio recently became one of the first to livestream an operation and use the technology to consult with a colleague.

On Aug. 21, Dr. Christopher Kaeding, director of sports medicine at Ohio State University Wexner Medical Center, wore Google Glass a wearable computer that has a frame similar to traditional eyeglasses as he performed surgery on the anterior cruciate ligament (ACL) in the knee of a 47-year-old woman.

The procedure was livestreamed to a group of medical students, who watched on laptops, and to Dr. Robert Magnussen, an assistant professor of clinical orthopedics at Ohio State, who watched from his office.

During the operation, Kaeding consulted with Magnussen about what he was seeing during the surgery.

Kaeding said he did not find wearing the device to be a distraction.

"To be honest, once we got into the surgery, I often forgot the device was there. It just seemed very intuitive and fit seamlessly," Kaeding said in a statement.

The device does not have lenses, but instead, has a small glass screen that sits above the right eye. Using voice commands, wearers of Google Glass can pull up information on that screen like they would on a computer. The device also has a camera that can take photos and videos that show the viewpoint of the user. [Video: Google Glass Used in Surgery]

So far, a select group of about 1,000 people have had the opportunity to test Google Glass. One of Kaeding's colleagues applied and was accepted as a tester, and the two partnered for the surgery.

One day, doctors may use the technology to view X-rays, MRI images or other medical information about their patient as they conduct surgeries, although this was not done in the current surgery.

"We just have to start using it. Like many technologies, it needs to be evaluated in different situations to find out where the greatest value is, and how it can impact the lives of our patients in a positive way," said Dr. Clay Marsh, chief innovation officer at the medical center.

In June, a doctor in Maine used Google Glass to livestream a surgery on Google Hangout. The surgery was a gastrostomy, a relatively simple procedure that involves the placement of a feeding tube into a patient's stomach.