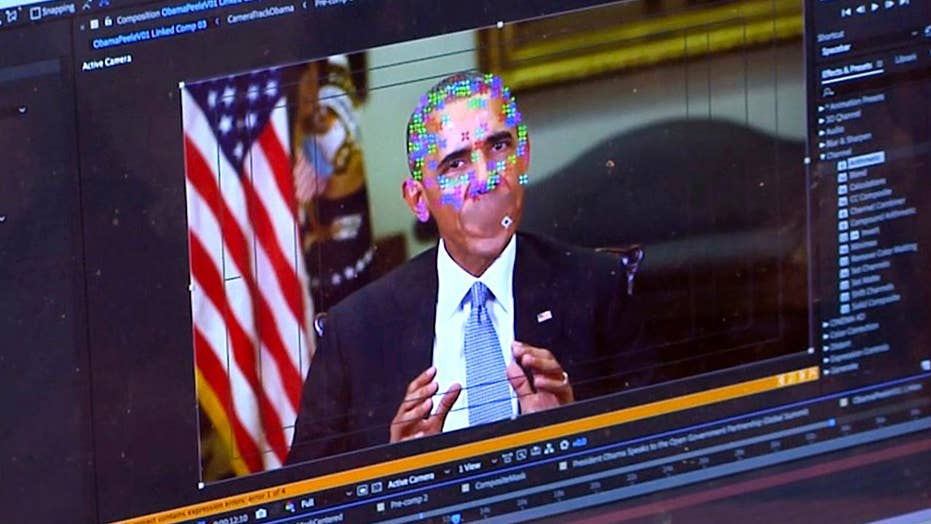 Are AI-generated fake videos a potential threat to US national security?

A group of U.S. lawmakers thinks so. On Thursday, they called on U.S. intelligence agencies to prepare a report evaluating how the country might stop " deepfake " technologies from spreading misinformation on the internet.

The big worry is that foreign governments will one day fool millions of Americans with AI-generated fake video or audio. Imagine a U.S. politician being depicted as making a racist comment and the clip going viral right before an election. Thanks to today's machine learning algorithms, a bad actor might be able to pull this off. The technology can already clone your voice, swap someone's face with another, and take existing footage and manipulate the subject's lips to say something else.

Fortunately, the deepfake technology can't quite fabricate all images convincingly. Nevertheless, the lawmakers are concerned the technology will mature and eventually enter into the wrong hands with devastating effect.

"By blurring the line between fact and fiction, deepfake technology could undermine public trust in recorded images and videos as objective depictions of reality," their letter reads.

The lawmakers sent their letter to Director of National Intelligence Dan Coats, who's warned Congress about Russian attempts to use U.S. social media to spread misinformation ahead of the midterm elections. So far, the misinformation efforts have generally been confined to inflammatory internet memes and opinions from fake accounts. But the lawmakers are calling on U.S. intelligence to examine whether any foreign governments have already attempted to use deepfake technology to spread misinformation in the US.

They're also asking U.S. intelligence to come up with recommendations on how to counter deepfake -produced content and whether Congress needs to act in some way. The lawmakers have called on the Office of the Director of National Intelligence to deliver the report by Dec. 14.