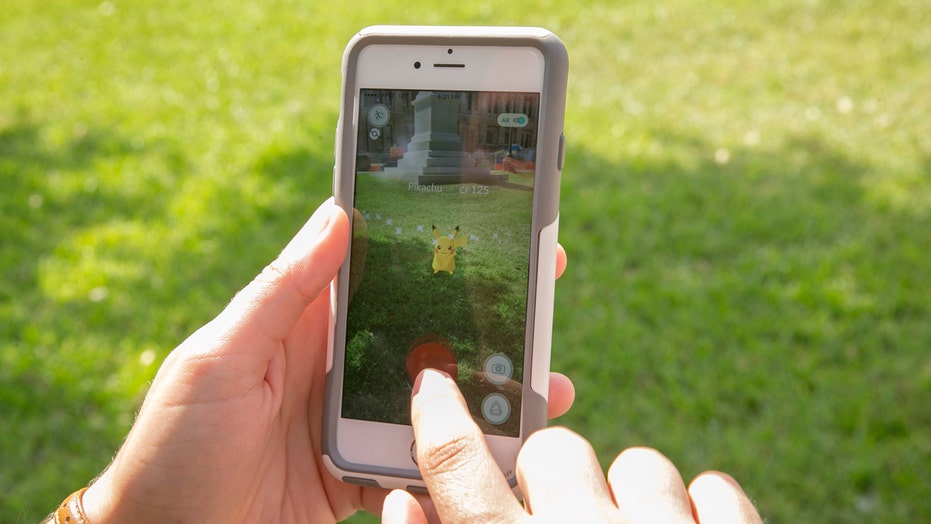 Since the Pokémon GO mobile game hit phones last week, parents around the country have been struck by the sight of players from tweens to millenials to 50-year-olds roaming parks, church steps, and little-visited attractions such as Brooklyn's monument to Dr. Ronald McNair, an astronaut killed in the 1986 Challenger disaster.

The game, which has been downloaded millions of times to iOS and Android phones, combines a phone's video, GPS, and time-keeping features to superimpose characters from the hit series of games on real-world landmarks. Players run around, cooperating with each other to capture Pokémon (the word is the same for one of the creatures and for many). It's now the best-known example of the emerging market of augmented reality products.

While Pokémon is inherently child-friendly, there are a few things that parents should know to keep their kids—and bank accounts—safe.

It Can Get Expensive

While the app is available as a free download, in-app purchases range in price from 99 cents to $99.99 for a bank roll of 14,500 Pokécoins that can be used to buy a variety of items. So, before you let your kids play, make sure to review your family’s app permissions; the settings are called Family Sharing on iOS and Family Groups on Android.

You can also inadvertently drive up bills with with your cellular carrier. Pokémon GO depends on constant location tracking for its gameplay, so it consumes a lot of mobile data. Make sure to periodically check on consumption to avoid overages.

Finally, any game that has kids running around with their smartphones can spell trouble for delicate electronics. If you haven't already done so, it's worth investing in a protective case to guard against drops. (While you're accessorizing, you might want to add an external battery pack; the game is a power hog.)

Players Have Incentives to Meet Strangers

The new app encourages outdoor play and real-world social interactions, which is something to applaud. But those same characteristics present risks.

During gameplay, users will encounter random Pokémon to capture, train, and ultimately use in combat while competing for local points of interest, or "gyms." Teamwork is essential to the capture of these locations and that often means interacting with other players in the area.

It’s important to have a conversation with your kids about talking to strangers and any dangerous locations you want them to avoid. There have been reports of malicious use of an in-game feature called a “Lure Module,” which increases the likelihood of Pokémon appearances at a specific location, to corner and rob players at gunpoint.

As a secondary risk, the app leads users to keep their eyes on their screens, but this can be dangerous when they're exploring high-traffic areas, or really, any environment. Here's a remedy: Activate the Battery Saver to dim the screen while the phone is held down at one's side, and the Vibration option, which will alert your player to an surprise encounter with a Pokémon. The kids won't miss anything in the game, but they'll be less likely to wander into the street.

If your kids are old enough to go exploring without a chaperone, ask them to travel in groups. Back home, you can keep track of their location using a service like Apple’s “Find My Friends” app or Android's Google+.

Registration is required for Pokémon GO, and the company asks for personally identifiable information, or PII, including your child’s birthday and email address. It invites people to register using a Google or Facebook account, though you can also use a Pokémon-specific account.

According to the privacy terms: “Parents have the right to refuse further collection, use, and/or disclosure of their child’s PII by notifying us. If we learn that we have received PII from a child under the age of 13 without the Parent providing consent, we will delete the child’s account and all other PII collected in conjunction with such account.”

Details on information shared to third-parties and how to access and delete information are listed in the privacy agreement.

During gameplay, the app also collects location data, and messages sent from one player to another.

Niantic, the game's developer, promises continuous updates to the game, but for now the app frequently pops up error messages and its servers are often overwhelmed, causing the game to crash. Considering that the game has become so popular so fast, I don't think that's particularly unusual or troubling. But it can be frustrating.

Additionally, hallmarks of the Pokéman franchise, such as peer-to-peer trading and head-to-head battling, are noticeably missing from the game right now. Apple Watch and Android Wear compatibility are also absent, though users can purchase the optional Pokémon GO Plus, a Bluetooth wireless receiver; it should be available for pre-order and available later this month.

Finally, only the original 151 Pokémon can be captured instead of the 700-plus in Nintendo’s catalog of virtual creatures. But more, presumably, are on the way.

Pokemon GO is available for download at the Apple App Store and the Google Play Store.