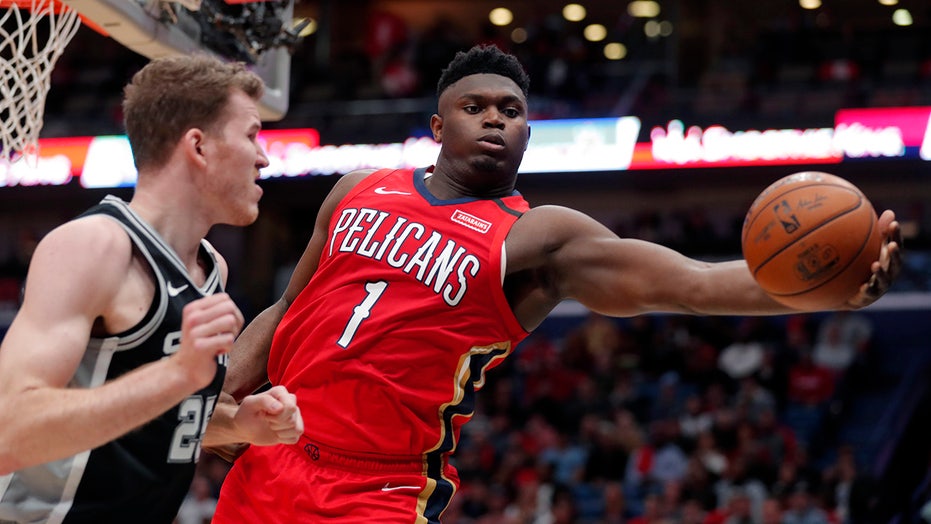 Zion Williamson responded to criticism over his body size Thursday, a day after he made his debut with the New Orleans Pelicans in a loss to the San Antonio Spurs.

Williamson has been told he needed to lose weight while he recovered from a torn meniscus in his knee but he told ESPN’s Adrian Wojnarowski in a podcast interview that he’s heard criticism about his conditioning and body type throughout his entire life.

“There’s really no comparison to me. I try to add every level to my game,” Williamson said. “My body is just built different. Some people try to look at it as a weakness, but I look at it as a blessing. People aren’t used to guarding this kind of size and I’m able to add a little finesse to my game so it has flavor and I’m a playmaker so I can create for my teammates and when I have to finish I’m gonna finish.”

Williamson finished with 22 points with seven rebounds and three assists. He scored 17 of the 22 points in the fourth quarter, but New Orleans couldn’t get the win. The Pelicans lost 121-117.

ZION WILLIAMSON REVEALS HE WANTED TO RETURN TO DUKE, WAS CONVINCED TO TURN PRO

The rookie had some restrictions in his first game, though the fans were egging on coach Alvin Gentry to put him into the game in the final five minutes. Gentry said he was advised by the team’s medical personnel to keep him on a minutes limit in his first few games.

“What you saw there is a taste of once we really get settled in and he gets settled in, you can see that there’s a lot of things we can do with him,” Gentry said. “There’s a lot of potential there. It was good to see him do that, but you know I think there’s a really, really high ceiling that he can reach.”