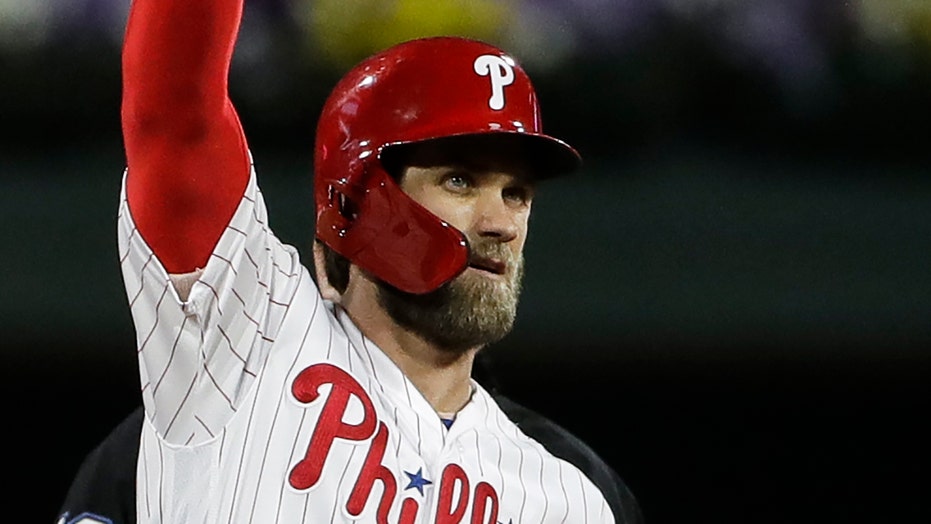 Pro tip: When trying to attract the attention of a married athlete, it's usually not a good idea to send your "pitch" to his wife.

Kayla Harper, the wife of Philadelphia Phillies star Bryce Harper, found out the City of Brotherly Love also has admirers interested in a whole different kind of "love" when an unnamed woman trying to message the $330-million-man accidentally wrote to Mrs. Harper instead. Kayla posted the awkward message to her Instagram Stories.

According to For The Win, the woman who messaged Kayla Harper was looking to be Bryce's “stress reliever.” An eagle-eyed social media user caught the exchange before it disappeared.

“If you’re going to try & go after a married man the least you could do is be smart enough to message his Instagram account and not his wife’s,” Kayla Harper wrote in response to the message.

She later added: “@BryceHarper3 are you feeling stressed? I have your solution.”

The Harpers announced in April they are expecting their first child.