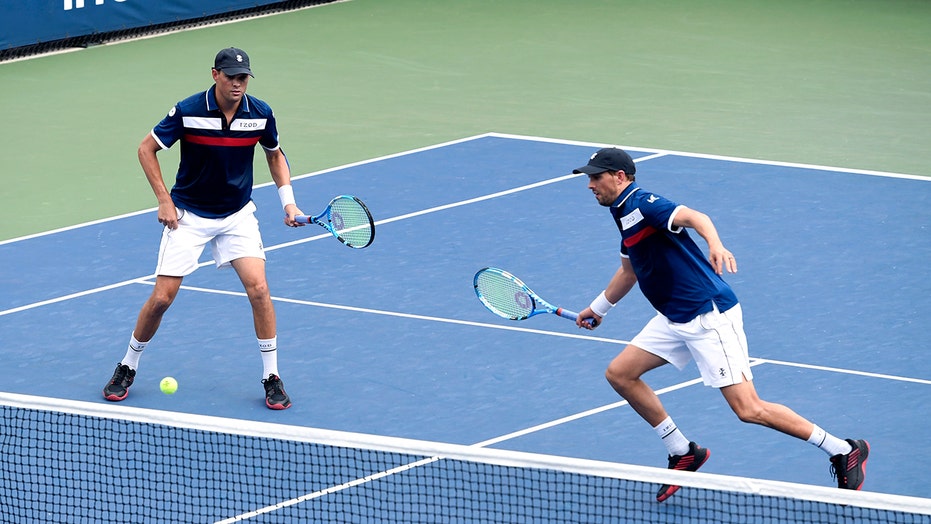 American tennis player Mike Bryan was fined $10,000 for pointing his racket like a rifle at an official at the U.S. Open in New York City on Saturday.

Bryan’s gesture was caught on camera and came after several people were killed and more than a dozen were wounded in a shooting rampage in Texas. Bryan was in the middle of a doubles match with his brother Bob when he performed the gesture with his racket.

The 41-year-old appeared to be frustrated when he pretended to “shoot” the official. He did the move after a challenge overturned a call that initially didn’t favor him and his brother.

“We thought it warranted that amount,” U.S. Tennis Association spokesman Brendan McIntyre said in a statement.

TEAM MCCOCO ACING US OPEN DOUBLES, BUT NOT MUSIC HISTORY

Bryan later apologized for the move and said in a statement it was meant to be “playful.”

“We won the point and the gesture was meant to be playful,” he said. “But given the recent news and political climate I understand how my gesture could be viewed as insensitive. I promise that I will never do anything like this again.”

Mike Bryan, left, returns a shot as his brother Bob Bryan, looks on during a first round doubles match against Hubert Hurkacz, of Poland, and Vasek Pospisil, of Canada, at the US Open tennis championships Friday, Aug. 30, 2019, in New York. (AP)