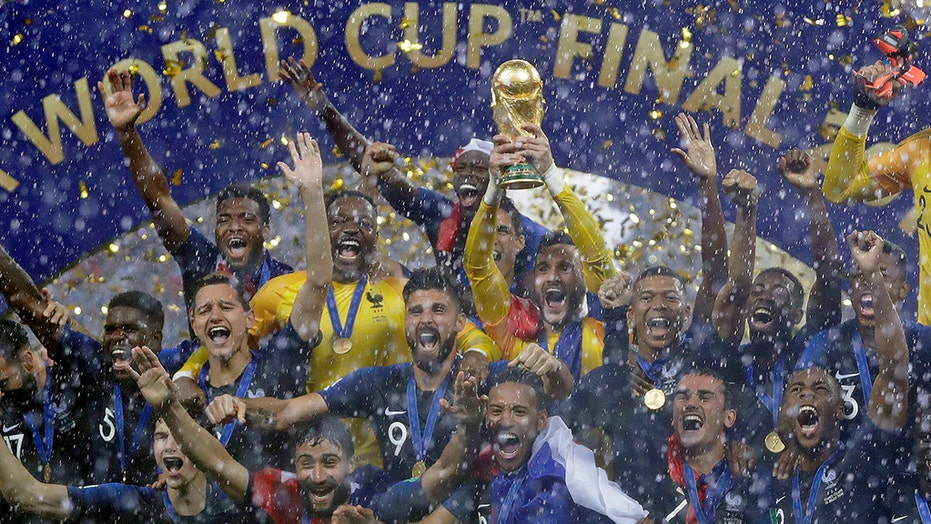 A damning new report obtained by Fox News exposes discrimination by Qatar’s Islamist regime targeting Israelis, Egyptians and LGBTQ people ahead of the 2022 FIFA World Cup in the Gulf monarchy.

The report raises serious questions about whether Qatar can comply with the Code of Ethics of FIFA, the international soccer association that governs the world’s biggest single-event sporting competition, held every four years.

Cornerstone Global Associates, a prominent British consulting company, noted in its 12-page report, “FIFA World Cup 2022: Reputational risk and sponsorship,” that “banning fans based on a nationality is a clear breach of the FIFA Code of Ethics.”

“As of June, 2019, Israeli citizens are unable to apply for visas to visit Qatar. The Qatari official website does not list Israel as a country where visas can be applied for, let alone visa-free entry,” Cornerstone wrote.

According to the report, Akbar al Baker, the CEO of Qatar Airways, said in May that Qatar would not issue visas to “its enemies.”

Al Baker was referring to Egyptians.

An ally of Iran’s regime, Qatar is currently the subject of a diplomatic and economic embargo by Egypt, Saudi Arabia, the United Arab Emirates and Bahrain.

Indeed, Qatar’s criminal statute states that individuals can be sentenced to prison for “leading, instigating or seducing a male in any way to commit sodomy.”

A computer-generated image of Lusail Stadium that will host the 2022 FIFA World Cup final, with seating capacity of 80,000, in Lusail City, north of central Doha, Qatar.  (Qatar Supreme Committee for Delivery and Legacy/Handout via REUTERS)

Qatar’s embassy in Washington and its foreign ministry did not immediately answer email queries or telephone calls from Fox News.

The head of the 2022 World Cup bid team, Hassan al-Thawadi, has previously defended his country's homosexuality laws. In 2013, when questioned by a gay man if homosexuals would be welcome at the tournament, he said that there would be no problem as long as visitors respected the country's views on public displays of affection.

And when asked in 2017 whether Israelis would be welcome, should the team qualify for the tournament, he said: "Everyone is welcome. It's a simple answer: everybody is welcome."

France goalkeeper Hugo Lloris holds the trophy aloft after the final match between France and Croatia at the 2018 soccer World Cup in the Luzhniki Stadium in Moscow, Russia, Sunday, July 15, 2018.  (AP)

Ghanem Nuseibeh, founder of London-based Cornerstone Global Associates, warned that there is a risk arising from incompatible FIFA ethics and Qatari laws.

"Unless the differences between those two are reconciled, the risk remains stacked against the sponsors. The sponsors may find themselves in a situation where they appear to be promoting values that are contrary to what they publicly state they stand for,” said Nuseibeh to Fox News.

"It is in the interest of FIFA, the sponsors and Qatar’s SC to ensure those differences are reconciled; otherwise they may all end up in a very embarrassing situation as 2022 approaches. Time is running out and the situation as it stands is unsustainable,” he added.

FoxNews.com reached out to FIFA sponsors for comments regarding the allegations of discrimination against Israelis, Egyptians and LGBTs.

Claudia Lange, the head of media relations for Adidas, said: “We consider sport to be a platform for fairness and mutual respect. We fully support every effort to make [soccer] a space where all individuals are fully accepted and able to be themselves to make the sport everyone’s game. We will continue our dedicated work with Human Rights Campaign and all of our business partners to promote an accepting and diverse world.”

David Fitzpatrick, a spokesman for the South Korean Hyundai Motor Company, said he forwarded the FoxNews.com inquiry “to our colleagues in the Global PR team.”

Coca-Cola and Visa did not respond to numerous FoxNews.com queries.

Qatar’s financial system is under the microscope due to alleged financial crimes and links to the U.S.- and EU-classified terrorist organization Hamas.

U.K. authorities have opened a probe into the British-based, Qatari Al Rayan Bank.

The Times of London, which first reported on the probe into Al Rayan last week, wrote that the bank notified its shareholders this year that its “anti-money laundering [AML] processes and controls have been placed under formal review by the Financial Conduct Authority [FCA], which has led to ongoing investment in enhanced AML processes.”

An Al-Rayan spokesperson told Fox News: “Al Rayan Bank does not, never has, and never will support any organization, individual or event that promotes extreme or violent views or ideologies.”

However, a second Cornerstone report noted that confidential discussions with officials in at least two major European capitals have confirmed ongoing internal reviews of some operations of several Qatari financial institutions.

“There is a risk of Qatari institutions suspending or pulling out of operations in Europe, to avoid the embarrassment of being sanctioned by European authorities,” the report concluded.