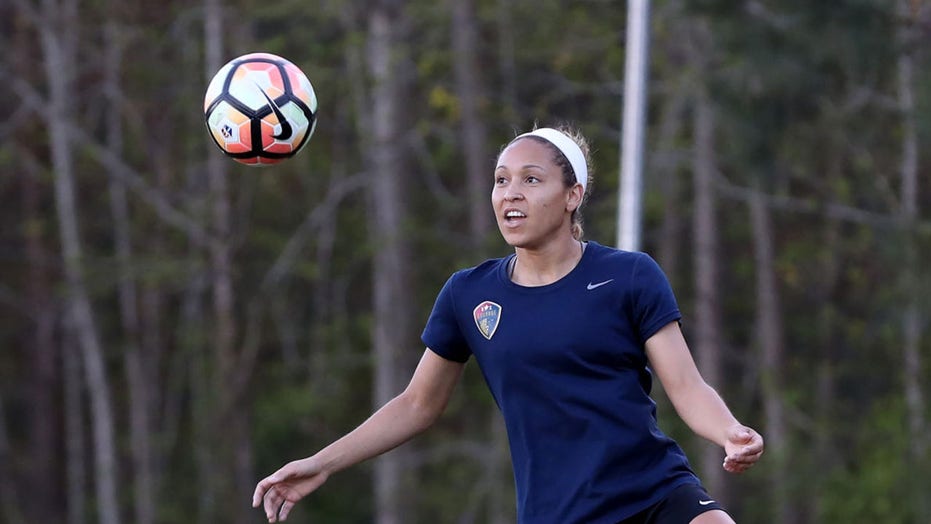 USWNT’s Ashlyn Harris accused her former teammate, Jaelene Hinkle, of homophobia Monday after an old interview resurfaced on Twitter in which Hinkle spoke of her refusal to wear a pro-LGBTQ jersey.

In 2017, Hinkle was widely criticized for her refusal to play two matches for the U.S. women’s national team, reportedly because she didn’t wear the team’s pride-themed jerseys.

“I just felt so convicted in my spirit that it wasn’t my job to wear this jersey,” Hinkle, now 26, told the Christian Broadcasting Network’s “The 700 Club” in a June 2018 interview. “I gave myself three days to just seek and pray and determine what [God] was asking me to do in this situation.”

CHRISTIAN VIEWS MAY HAVE KEPT STAR PLAYER OFF US WOMEN'S SOCCER TEAM, SOME SAY

A clip of the interview was retweeted Sunday by Obianuju Ekeocha, a prominent Catholic on social media and pro-life advocate, who wrote: “Apparently, the US women’s Football team is not a very welcoming place for Christians.”

Harris accused Hinkle of being “homophobic” and intolerant, noting that her former team comprised Christians as well as LGBQT members.

“Hinkle, our team is about inclusion,” Harris tweeted. “Your religion was never the problem. The problem is your intolerance and you are homophobic. You don’t belong in a sport that aims to unite and bring people together. You would never fit into our pack or what this team stands for.”

Hinkle made eight U.S. appearances between 2015 and 2017 before she cut from the final roster for the 2018 Tournament of Nations, leaving some to wonder whether her Christian views played a role. She now plays for the North Carolina Courage of the National Women’s Soccer League.

In 2015, Hinkle had objected publicly to the U.S. Supreme Court’s ruling that legalized same-sex marriage.

“I believe with every fiber in my body that what was written 2,000 years ago in the Bible is undoubtedly true,” Hinkle wrote on Instagram at the time. “This world may change, but Christ and His Word NEVER will.”