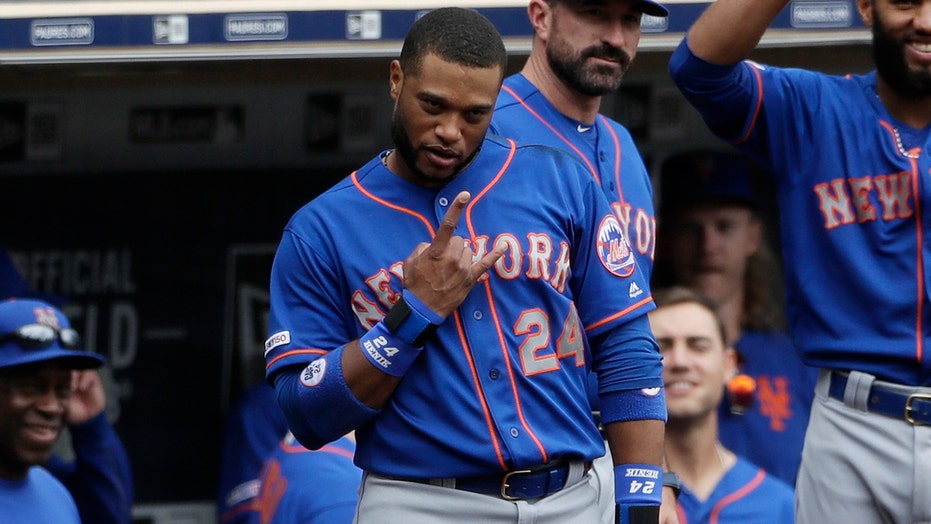 New York Mets second baseman Robinson Cano was blasted on social media Sunday after he failed to run to first base following a softly hit ball that was turned into a double play against the Miami Marlins.

Cano was batting in the fourth inning against Marlins pitcher Sandy Alcantara when the ball he hit dribbled in front of catcher Chad Wallach, which was barely in fair territory.

Wallach fired the ball to shortstop Miguel Rojas at second base, who then threw it to Neil Walker for the final two outs of the inning.

Cano, who had been accused of loafing around the bases in the days leading up to Sunday’s game, was hearing it from fans on Twitter about his effort.

“Things are piling up on Robbie right now,” Callaway said, according to SNY. “I mean, come on, let’s face it. He hit into a double play. The ball lands foul and spins into fair territory. He hit it, he looked down, he saw it hit foul, and by the time he looked back up, the ball had spun into fair territory, and the play was over. Then realized he has to run. It’s not like he’s doing that on purpose. Anybody in their right mind knows that nobody would do that. It’s just piling up on him, and it’s tough. Stuff happens like that when it’s going bad.”

Cano also told reporters that he thought it was a foul ball, according to the New York Post.

“I don’t want to say it’s a bad look because, like I said, I thought it was foul, like everybody else,” he said.