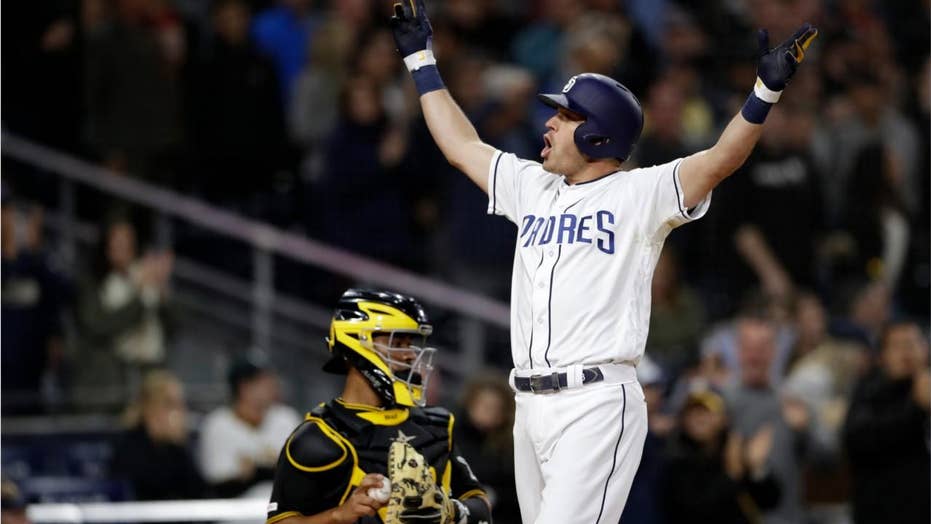 San Diego Padres’ second baseman Ian Kinsler appeared to yell ‘f--- you all’ at a crowd after he hit a big home run.

It was what Kinsler did as he touched home plate, however, that caught all the attention.

As he reached home, Kinsler appeared to yell “f--- all you.”

It appeared he was directing the expletive toward the home crowd at Petco Park, but he explained later that wasn’t the case.

Kinsler has struggled mightily this season.

The Padres are 23-21 this season, sitting 5 1/2 games behind the Los Angeles Dodgers in the National League West.