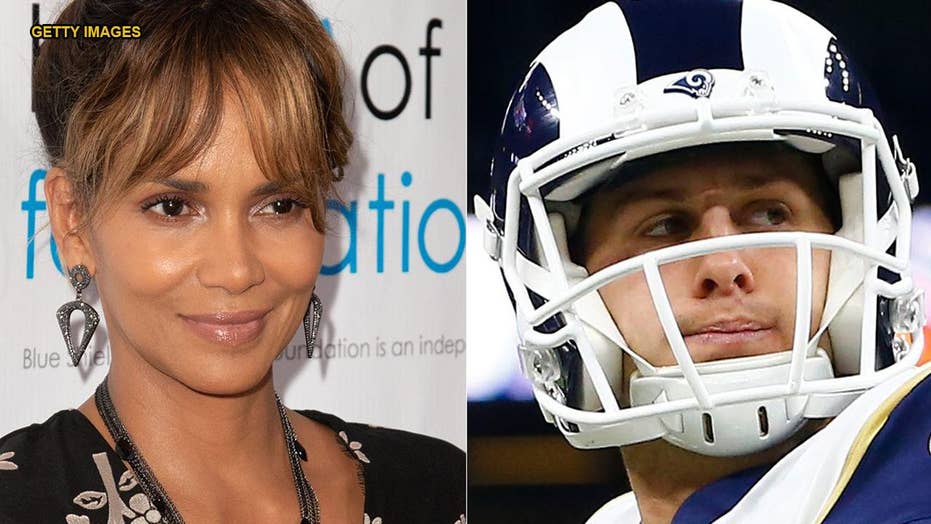 Actress Halle Berry appeared to be delighted after she heard Los Angeles Rams quarterback Jared Goff use her name to audible out of a play Sunday against the Seattle Seahawks.

Berry apparently heard her name being called out during the game at the Los Angeles Memorial Coliseum and tweeted, “Hold Up. @JaredGoff @RamsNFL – What is a ‘Halle Berry’??”

Goff used the play early in the first quarter with the Rams trailing by seven points.

After the game, Goff was astonished to find out Berry heard about the play call. He asked reporters in the locker room if they were serious and he looked up the tweet to see for himself.

He later tweeted it was his “favorite play ever.”

Neither McVay nor Goff detailed the play’s design.