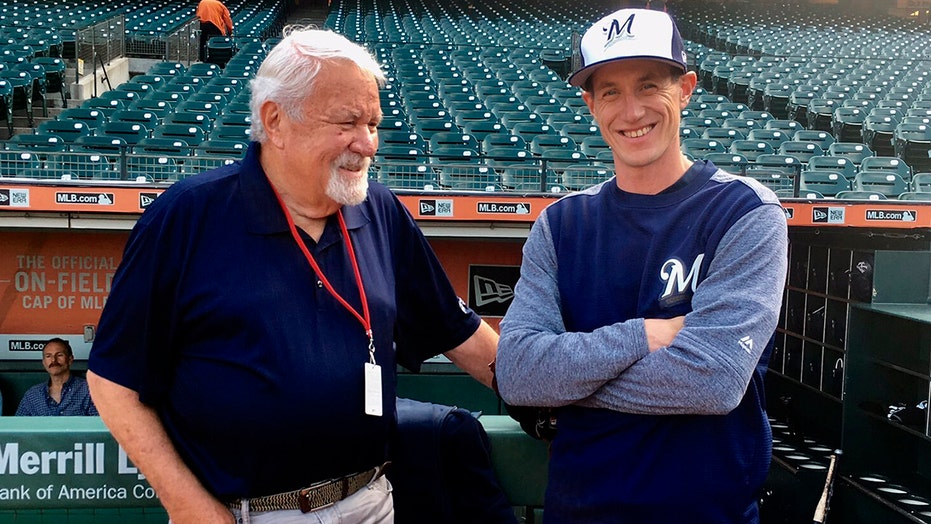 Gary Hughes, a beloved professional scout for numerous big league organizations during a 54-year career, has died in Northern California after a battle with cancer. He was 79.

Hughes was a regular at Bay Area ballparks in recent years working for the Red Sox and Diamondbacks. Arizona announced his death in a statement Saturday, saying he passed earlier in the day.

“Gary Hughes was the quintessential baseball man,” Commissioner Rob Manfred said. “He coached at various levels. He scouted. He developed players. And he helped put together major league rosters.”

Hughes had lived for years in the scenic coastal city of Santa Cruz.

“Gary’s impact on the game of baseball was exceeded only by the number of friends he made throughout it," the Diamondbacks said. "He was a member of the Giants, Mariners, Mets, Yankees, Expos, Marlins, Rockies, Reds, Cubs and Red Sox organizations before joining the D-backs and it was an honor to have a legend like him be part of our family for two seasons."

A member of the Professional Baseball Scouts Hall of Fame, Hughes always was a popular figure when he turned up before games with a briefcase and a big grin, ready to work or share his baseball knowledge with genuine care and love for the game.

“He scouted me in high school, I’ve known Gary for that long,” A’s manager Bob Melvin said immediately after a win against the San Francisco Giants when told of Hughes’ death. “I consider him a friend, a good friend. I knew he was struggling some, I knew he went into hospice. It's awful.”

During his years with the Cubs, Hughes was Jim Hendry's right-hand man assisting in many matters — even handling media duties at the winter meetings in Lake Buena Vista, Florida, in December 2006 when Hendry was rushed to the hospital.

Hughes was thrilled to share tales of his days scouting baseball players who became NFL stars: John Elway and John Lynch before they picked football instead.

“They threw away the mold after Gary,” longtime executive Tony Siegle said. “He was always at the right place at the right time. Gary set a standard for helping to make teams win. There will never be another like him.”

“More than anything, he was a tremendous person, a great storyteller and a friend to everyone whose path he crossed,” the Diamondbacks said. “He will be missed by so many and our thoughts are with his family including his sons, Sam and (Michael) ‘Rock,’ who carry on his legacy in the game.”

On Aug. 21, 2017, Hughes made sure to get down to the field to greet Milwaukee's Craig Counsell on the Brewers' manager's birthday. Hughes' son, Michael “Rock” Hughes, longtime Marlins visiting clubhouse manager, is married to Counsell's sister.

Another son, Sam, is the Yankees' national crosschecker.

“Gary was one of the game's great personalities and became one of the all-time greats in the world of scouting,” Yankees general manager Brian Cashman said. “He started with the Yankees in 1978, his first full-time scouting job for nine years. He had a heavy hand in multiple world championships for many teams but most importantly he was an amazing person and a tremendous father. He will be dearly missed.”