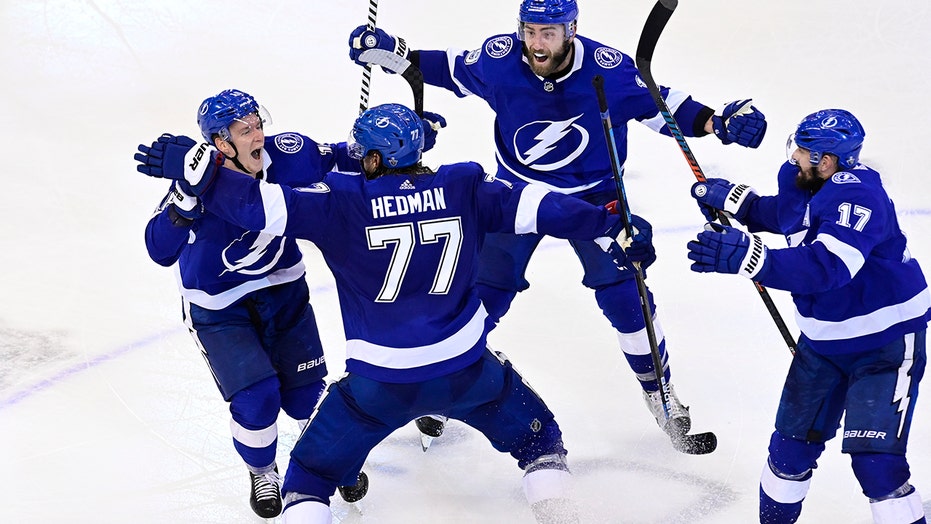 Maroon, 32, is the third player since the expansion to accomplish the impressive feat and the 8th in NHL history ever to do it, according to NHL.com.

"To be in that category is something amazing," he said. "… I can't believe I'm in this position again. … This is amazing. An amazing accomplishment for me and my teammates, and I'm happy to be still playing here."

Maroon’s first time hoisting the Cup came in 2019 when he helped the St. Louis Blues earn the franchise’s first Stanley Cup after defeating the Boston Bruins in seven games. It was a meaningful victory for the St. Louis native who had signed a one-year contract in 2018.

"They were both emotional years, I guess," Maroon said, according to NHL.com. "St. Louis was obviously different going from last to first and then making that amazing run. And then this year with the pause and then being in this bubble, two different scenarios but two amazing groups and I wouldn't have done it without these guys."

Maroon was drafted by the Philadelphia Flyers in 2007 but he spent the majority of his career playing for the Anaheim Ducks and Edmonton Oilers before having short (but obviously successful) stints with the Blues and Lightning.

Goals from Brayden Point and Blake Coleman and a 22-save shutout by Andrei Vasilevskiy in Game 6 were enough to power the Lightning to its second Stanley Cup.