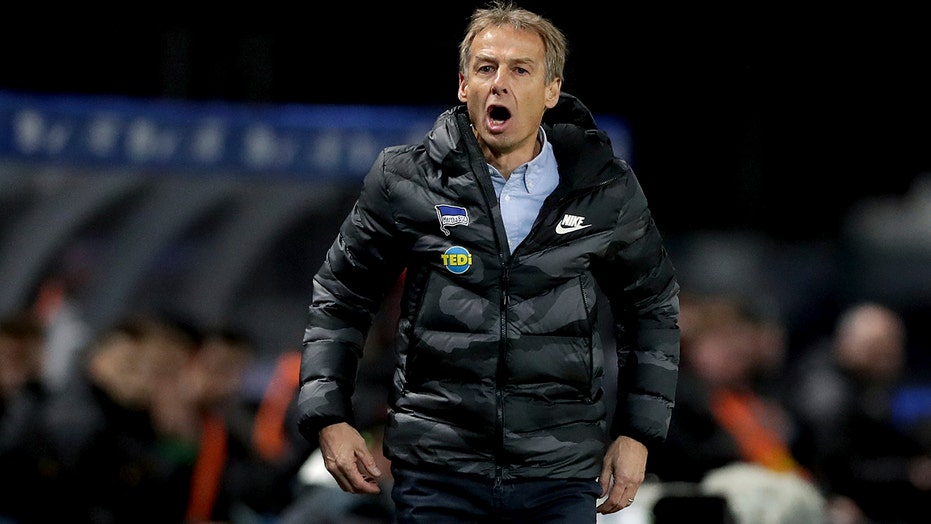 Jürgen Klinsmann caught everybody by surprise on Tuesday when he resigned as coach of Hertha Berlin after only nine Bundesliga games.

“That’s why, after long thought, I came to the conclusion to make my position as coach of Hertha available and return to my original long-term task as a supervisory board member,” Klinsmann wrote.

Much was expected of Klinsmann when he was appointed coach at the end of November, helped by an extensive backroom staff. He was supposed to deliver on the promise provided by a $250 million investment from new backer Lars Windhorst and lead Hertha up the standings toward the European qualification places. But the team is still fighting off relegation.

Hertha was in 15th place in the 18-team Bundesliga after losing four games, leading to Ante Covic’s dismissal, and under Klinsmann it managed only three wins in nine league games.

The team is 14th, six points above the relegation zone, following a 3-1 loss at home against Mainz on Saturday, four days after it was knocked out of the German Cup in an extra-time loss at Schalke.

Klinsmann called Hertha a “sleeping giant.” He was consulted on player signings as Hertha made its first splash on the transfer market following Windhorst’s investment. Hertha signed Matheus Cunha from Leipzig, Krzysztof Piatek from Milan, Santiago Ascacibar from Stuttgart and Lucas Tousart from Lyon, as its transfer spending in January reached an estimated 76 million euros ($83 million).

“We are surprised by this development this morning,” Hertha general manager Michael Preetz said in a statement. “Especially after the trustful cooperation regarding decisions over personnel in the winter transfer period, there was no sign of it. We will inform of further developments at the appropriate time."

The club said assistant coach Alexander Nouri would lead the team for now.

Klinsmann had a long association with Hertha through his father Siegfried, who hailed from Eberswalde near Berlin and was a fan, and his son Jonathan, who was a reserve goalkeeper for Hertha from 2017 until last year when he moved to Swiss club St. Gallen. Siegfried died in 2005.

As a player, Klinsmann enjoyed a glittering career as a prolific striker for clubs in Germany, Italy, France, and England. He won the World Cup and European Championship. His coaching career began with Germany in 2004 and he had mixed fortunes coaching Bayern before taking over the U.S. which he led to the 2013 Gold Cup title.