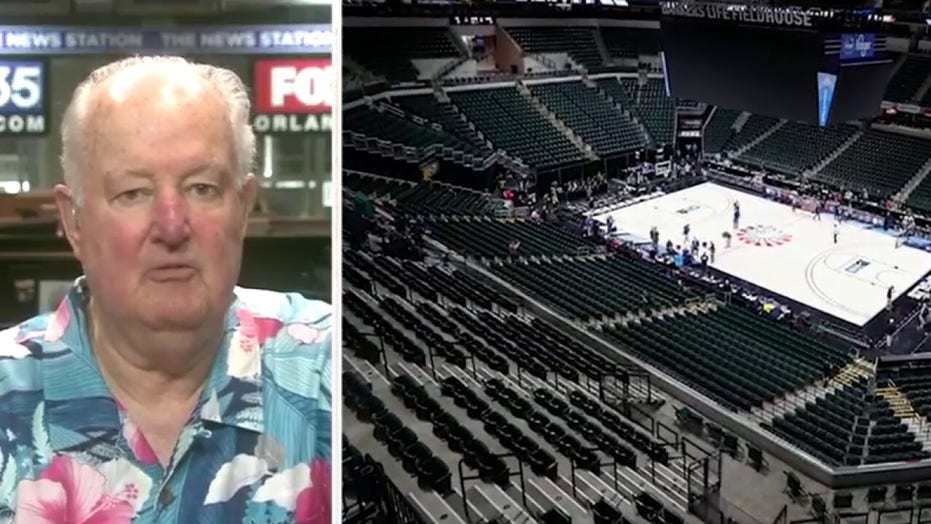 Kevin Durant and the Brooklyn Nets vowed that the sharpshooting forward would not return this season as he recovers from a torn Achilles he suffered in the NBA Finals last year.

But all of that was before the coronavirus outbreak put the NBA season on hold. It’s unclear when the NBA could return. According to ESPN, NBA owners were bracing for the league to return in mid- to late-June with the playoffs taking place in August.

Durant’s agent, Rich Kleiman, said Monday it doesn’t mean he is going to return to the Nets, who would be in the No. 7 spot in the Eastern Conference standings once the league does tip-off again.

“Honestly, not very realistic from my standpoint, and not even spoken about,” Kleiman told ESPN Radio’s “Golic and Wingo.”

A 12-month recovery period for Durant would put him in line to return should the season restart in June. Durant has been spotted in the gym working on his shooting game.

KNICKS' FRANK NTILIKINA REFLECTS ON CORONAVIRUS OUTBREAK: 'IT'S CRAZY HOW THINGS CHANGE FROM ONE MINUTE TO THE NEXT'

“It feels like [Durant playing in the 2019-20 season] clearly was not something that was in the cards prior to all this,” Kleiman said. “And now, I think just like the rest of the world, it's hard to take anything more than day by day.

“I think that Kevin is going to figure out the space that he needs to be in to continue to rehab during this time. But even that is hard to answer at this point, with the new kind of rules that were put in place last night.”

The Centers for Disease Control and Prevention recommended that crowds of more than 50 people be banned for at least eight weeks, which could put a damper on the NBA’s restart.

At least three NBA players tested positive for the coronavirus.