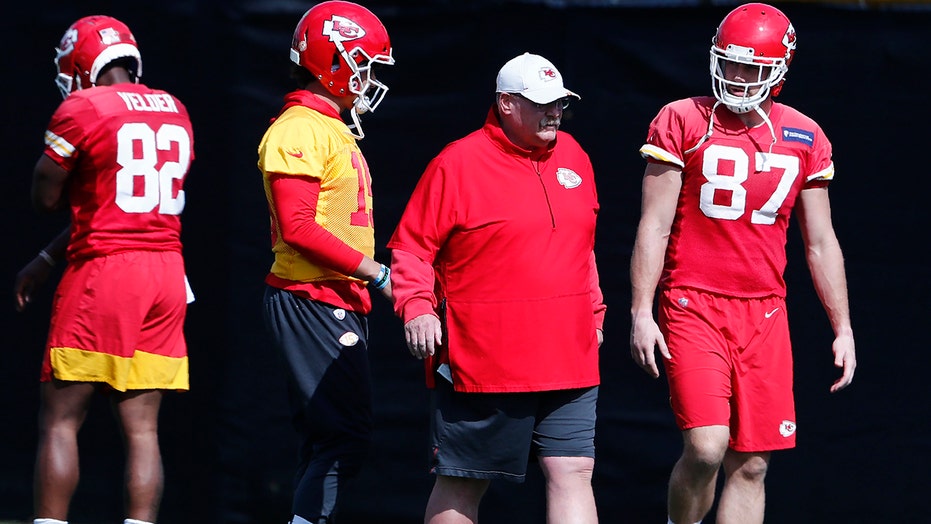 What would a Super Bowl win mean to Kansas City?

Chiefs in the Super Bowl for the first time in 50 years; former Kansas City Chief player Dante Hall weighs in.

“I love this city to death. I promise you from here to the end, I cherish every moment with you all. I promise you every single one here feels the same exact way,” he bellowed.

Dressed like he was about to drop a legendary hip-hop mixtape, Kelce was rocking a $20,000 Louis Vuitton coat and the WWE championship belt his team got from Triple H.

Kelce screamed: “I’m wearing about half the beers I’ve been trying to drink, baby!”

He began his intense victory speech quoting from the 1979 film “The Warriors”: “CAN YOU DIGGGG IT?!”

During his epic three-minute speech, the party-boy showman rapped a line from the Beastie Boys and gave a shout-out to military veterans for their heroism.

"We represent everybody and honor every single veteran that went to war for us," Kelce said.

He had a tough act to follow and some brotherly competition.

His brother Jason gave a larger-than-life speech after helping the Philadelphia Eagles win the Super Bowl in February 2018.

Sunday night, Kelce had six receptions for 43 yards and one touchdown during the Chiefs’ 31-20 comeback victory over the San Francisco 49ers.