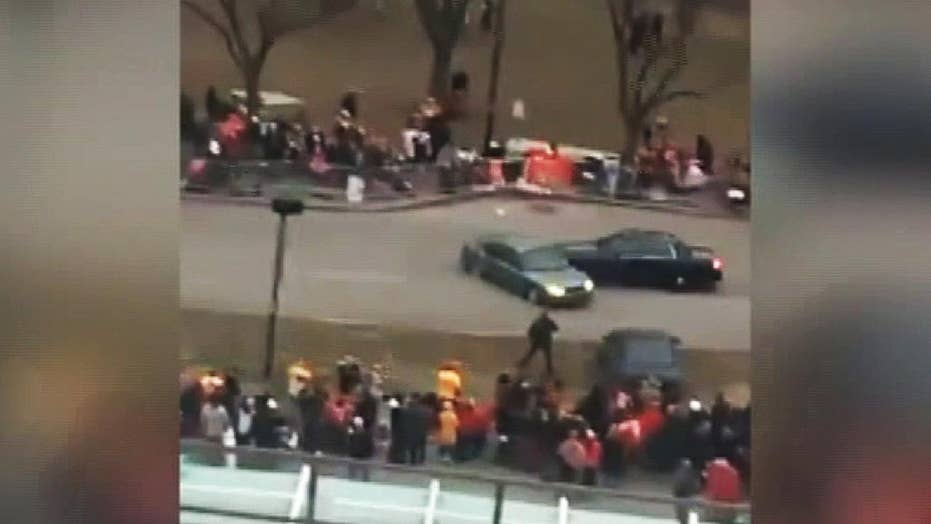 Jubilant fans streamed into downtown Kansas City by the thousands Wednesday for the parade and rally to celebrate the Chiefs’ first Super Bowl championship in 50 years.

More than 1 million people were expected to pack the route, taking the team from the intersection of Sixth Street and Grand Boulevard to the rally outside Union Station.

“This is so awesome,” said Shauntel Lyons, 40, of Kansas City, who was a Chiefs cheerleader from 2003 to 2005. “I learned so many great lessons from my time with the team. To see them bring home that trophy after 50 years is so gratifying. I’m just glad to be part of it.”

Some fans even camped out overnight to reserve choice spots along the route for the celebrating honoring the Chiefs’ 31-20 comeback victory over the San Francisco 49ers.

Fans bundled up for chilly conditions, and the forecast said 2 to 3 inches of snow were possible during the parade.

The Kansas Legislature took the day off to celebrate and their Missouri counterparts scheduled a light workday. Many area businesses also planned to close or open on a reduced schedule.

A newly installed sign inside Union Station proclaimed the Chiefs “World Champions!” after a 50-year drought.

And the team brought the fun.

Players chugged beer together and danced along the parade route.

The team’s coach even made a promise for next year.

Andy Reid was quoted as saying: "So listen, one more thing is — next year, we're coming right back here. One more time, baby. One more time."

The party, however, was marred by violence.

An impaired driver taking a “joy ride” Wednesday along the parade route was put into a forced spin by law enforcement officers who then arrested the driver and another person at gunpoint, according to officials and video footage of the incident.

Mayor Quinton Lucas said the incident was not terrorism-related. He praised the quick response of the officers who responded and who were cheered by fans who witnessed the incident.