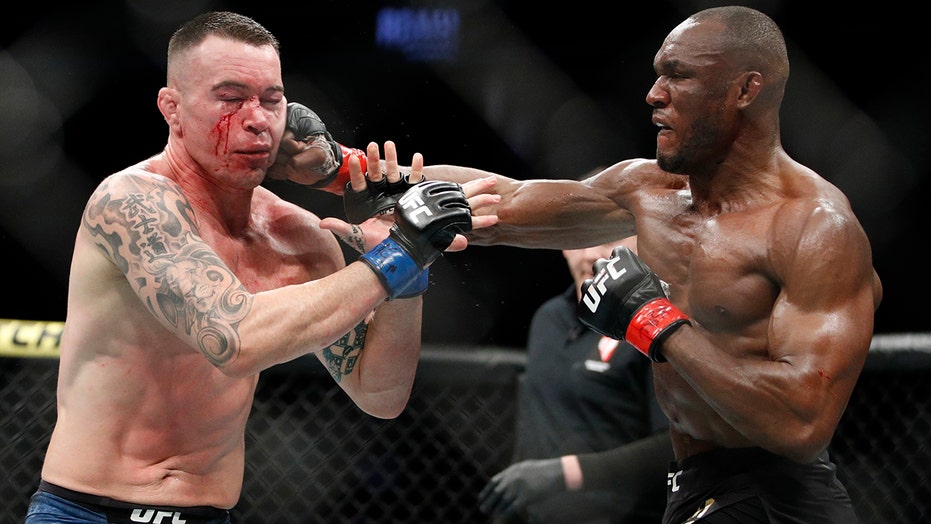 Kamaru Usman took pride in defeating Colby Covington in an epic fight on Saturday night at UFC 245 for the welterweight title.

Covington, an unabashed supporter of President Trump who is often seen wearing a “Make America Great Again” hat during media appearances, went down in the fifth round of the bout. At one point of the match, Usman delivered a blow to Covington’s jaw and appeared to break it.

Usman was reveling in the win.

“When you push hate and you push separation, love and unity does win sometimes,” he said after the fight, according to Yahoo Sports. “And tonight it won.”

Usman, who was born in Nigeria and became an American citizen when he was young, argued during the post-fight press conference that he was the American Dream – not Covington.

UFC'S BRYCE MITCHELL OFFERS TO BEAT UP POLITICIANS FOR TRUMP: 'HOLLER AT ME BRO'

Covington, after the fight, slammed UFC referee Marc Goddard. Covington took issue with Goddard stopping the fight in the fifth round, giving Usman the win.

“I go in there to kill or be killed,” Covington tweeted. “You robbed me of that. You robbed the people of a fair fight. You should be ashamed of yourself.”