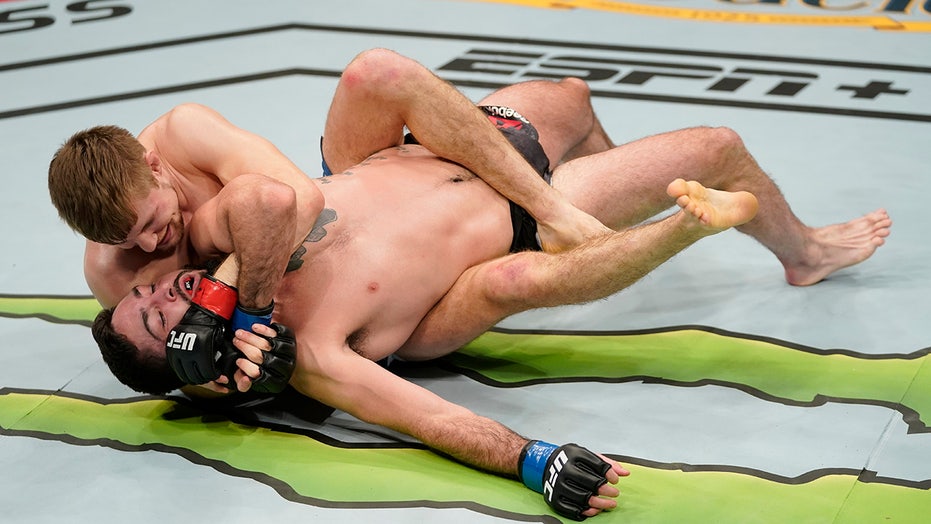 Bryce Mitchell stayed undefeated Saturday picking up a submission victory over Matt Sayles in a featherweight bout at UFC on ESPN 7 in Washington, and then offered his services to President Trump.

Mitchell moved to 12-0 in his career with the victory over Sayles. After the fight, he vowed to take on any politician the commander in chief wanted beaten up.

“Donald Trump. I’m up here in D.C.,” Mitchell said “If you need help whooping some politician, holler at me bro; I’ll do it for free!” he shouted into the microphone after his victory.”

The Arkansas native defeated Sayles via a move called the “twister.” He told ESPN that he learned how to perform the move watching YouTube.

“Just seen it on YouTube,” he said Monday. “Eddie Bravo gives such a detailed description of how to do it, I mean, anybody can learn [it] on YouTube... Nobody believes me — I get stuff on YouTube all the time.”

He also told ESPN he never tried the move in a fight and wasn’t going to until the opportunity presented itself against Sayles.

“I'd never felt a twister with that much tension on it. I don't know what gives first — it f—ks your hips, your back and your neck up,” Mitchell said. “His back felt like a big rubber band — I felt resistance, but I felt myself pulling through the resistance. I felt tension, and then I felt it releasing, and I felt more tension and it just felt like I was tearing something.”