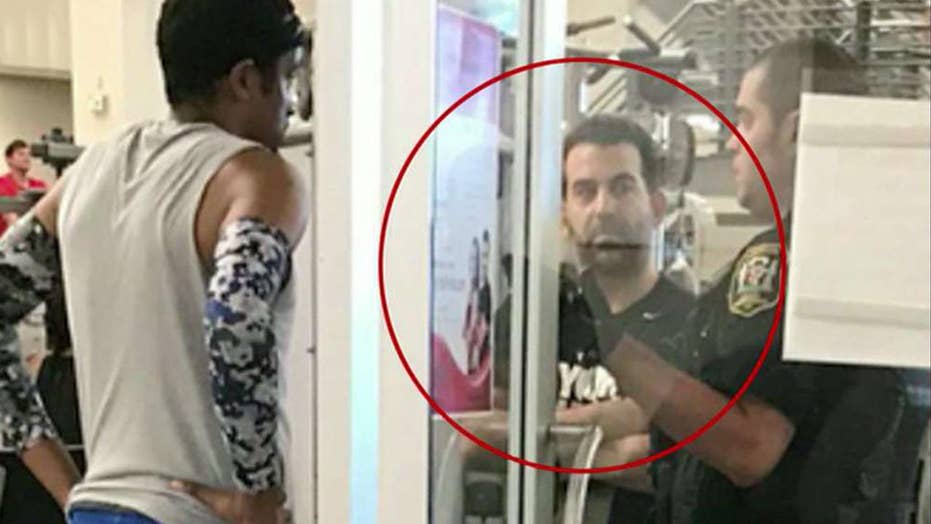 Police were called to a gym in Sterling, Virginia after a man complained he had been fouled during a game.

Whatever happened to "no blood, no foul"?

A pickup game of basketball at a Virginia gym Monday turned sour after one player called 911 after being fouled.

The incident occurred at a Sterling LA Fitness location. The man who called the police is a gym regular who often plays hoops, a Twitter user who shared a photo of the players being confronted by police outside the basketball court area told FOX5 DC.

“No punches were thrown. Nothing,” the Twitter user, who wanted to remain anonymous, told the station. “It wasn’t malicious. No hits to the face or anything like that.”

The man who called police, pictured in the black shirt, was knocked to the floor after a hard screen, according to Deadspin. The man who set the screen was in the shooting sleeve. The man was apparently upset by the foul and called police.

Police did respond to the incident. One deputy thought he was called about a fight, according to the station.

The players didn’t want to press charges and gym management gave the men another chance to keep the game civil, according to a police report obtained by the Huffington Post.

The two men returned to the game after the officers left.

“Everyone kept playing. That’s what’s so bizarre about the whole situation -- like why did it have to be that serious?” the witness said.