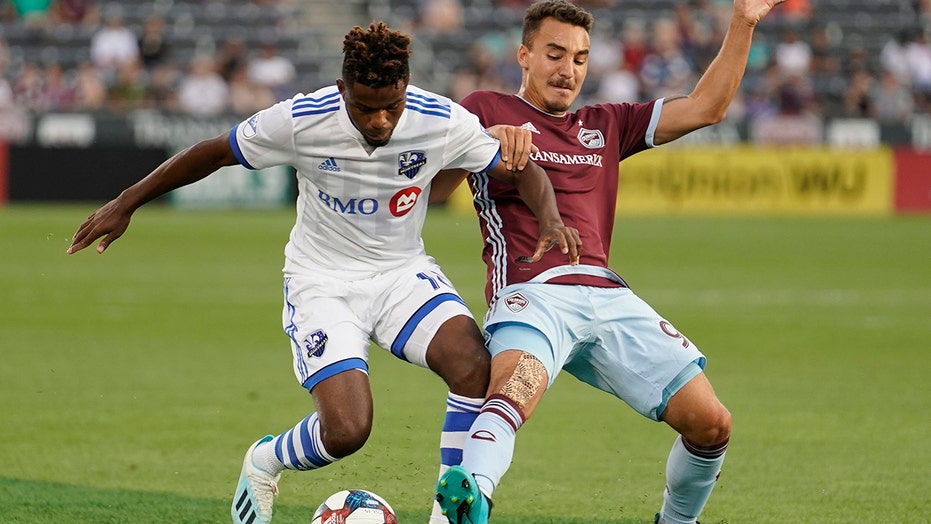 The Colorado Rapids played their match against the Montreal Impact on Saturday despite the confirmed presence of plague-infested fleas affecting nearby prairie dogs.

Prairie dog burrows in Commerce City, about seven miles northeast of Denver, were sprayed with insecticide on Thursday to kill fleas that could transmit the disease to rodents, people and pets, the Tri-County Health Department said.

The onset of plague in the area forced the Rapids to cancel a pregame fireworks show and restrict parking at Dick’s Sporting Goods Park to asphalt lots to minimize the risk of exposure to fans, employees and players, the team announced Friday.

“It’s a shame that we are known for the plague right now,” Rapids fan Jon Boraz told The Denver Post from behind a plague doctor’s mask. “I guess we’ll just embrace it. We’re trying to just have some fun with it and make the most of the situation.”

The Centers for Disease Control and Prevention says modern antibiotics are effective in treating plague in humans, but without immediate care the infection can cause serious illness or even death. Patients typically develop fever, headache, chills, weakness and painful swelling in the lymph nodes.

"The Black Death," as it was known at the time, killed millions of people in the Middle Ages, but cases now are uncommon.

The Rapids beat the Impact 6-3 with the help of a hat trick from striker Kei Kamara, who opened the game with an own goal. Montreal goalkeeper Evan Bush also scored a goal to tie the match at 1-1 before a flurry of goals from Kamara, Diego Rubio and Andre Shinyashiki sealed the Rapids' victory.

Despite the win, the Rapids sit at the bottom of the Western Conference standings with 11 games left in the season.

Fox News' Jake Grate and The Associated Press contributed to this report.